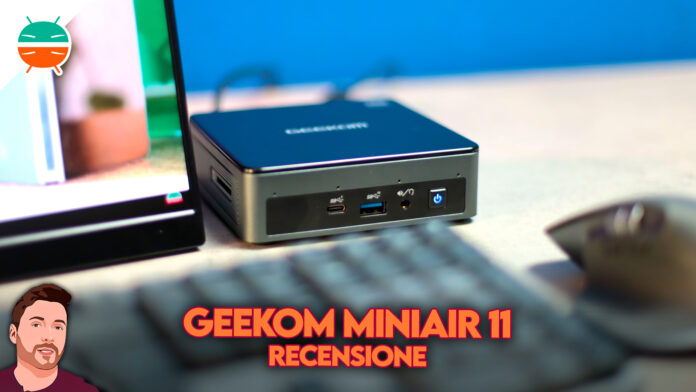 In the common idea, when a mini-pc is associated with a Chinese brand, one immediately imagines that it is a machine with which, in practice, nothing can be done. And in fact it is so or, at least, in the vast majority of cases it is. But then there are exceptions, such as the GEEKOM MiniAir 11 that yes, it continues to be a cheap product and not suitable for running complex tasks or AAA games, but it is powered by one of the best budget processors produced by Intel in recent years: the Celeron N5095.

GEEKOM MiniAir 11 review: the economical mini-pc, with the best processor from Intel

The packaging of the GEEKOM MiniAir 11 it is in line with those of the other PD devices in this category. There is no mouse or keyboard, which will therefore be purchased separately, but there are many accessories, including a VESA mount that will allow the computer to be fixed behind a monitor or behind a TV: it's a pretty good idea.

Then there are the usual manuals and a power supply, together with a transport bag, HDMI cables and a Displayport-HDMI adapter.

Il GEEKOM MiniAir 11 it is a parallelepiped with sides of about 10 cm. It is solid, compact, and has a pretty good set of ports, especially considering its nature. The case is made of good quality plastic and in the lower part some feet have been positioned that guarantee a good grip with the desk, in order to keep the mini-pc firmly on the desk even in the event of live cables. 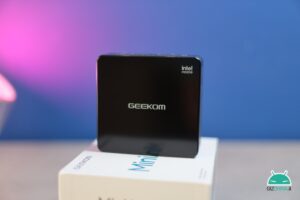 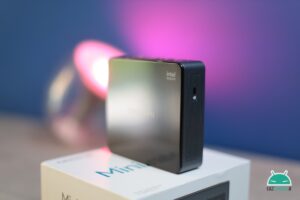 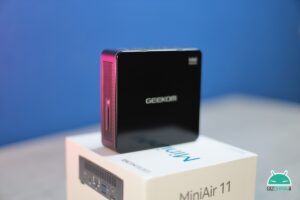 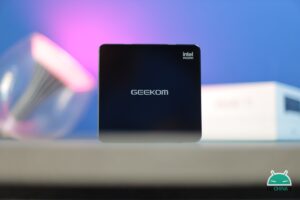 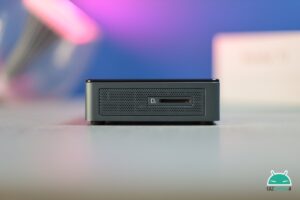 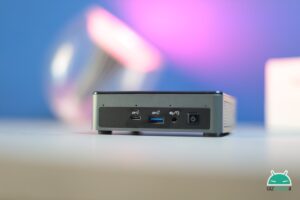 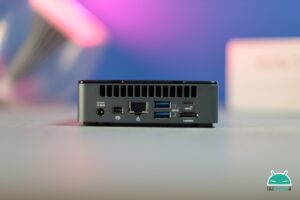 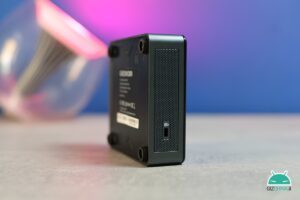 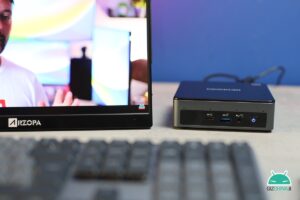 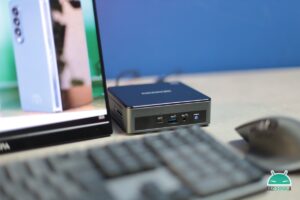 The vast majority of the ports have been placed on the back but, on the left, the company had the great idea of ​​integrating an SD card reader. On the back we find the input for the power supply, a mini-DisplayPort port, the input for the Gigabit ethernet cable, two USB 3.2 ports, the HDMI output and a USB-C port.

But it does not end there, because on the front there are other ports: we find a USB-C, a USB 3.2, the input for the 3.5mm jack and the power button. In short, everything can be said about the GEEKOM MiniAir 11, except its connectivity isn't top-notch.

The processor that animates the GEEKOM MiniAir 11 is an Intel Celeron N5095 which yes, continues to be a cheap CPU, but which in my opinion is among the best alternatives in Intel's catalog for this price range. This is the eleventh generation of the brand's economic CPU, and it is a CPU that can manage practically all the tasks that could be done with the mini-pc without too many problems, also thanks to four cores that are able to push themselves to a maximum frequency. of 2.9 Ghz.

In terms of performance, let's get straight to the point: despite the Celeron N5095 being one of the fastest processors in its range, it clearly continues to be a low-performance CPU, which makes the GEEKOM MiniAir 11 basically suitable for running the most basic applications, such as editing office documents, web surfing, but also streaming videos, TV series and films in 4K. You can also play it, but with not too demanding titles.

Moving on to the raw numbers, through the various benchmarks we have performed, we have come to the conclusion that the general performance of the system is higher than those that characterize mini-PCs of the same price range.

The CPU test with GeekBench finished in 3 minutes with a result of 631 in Single-Core and 2011 in Multi-Core, while the GPU test in OpenCL lasted 2 minutes and 46 seconds, with a result of 2116.

For what concerns Cinebench instead, the multicore test to a result of 2161, which is not bad at all especially considering the size of the computer and the low power consumption of the processor.

Good temperature management, which was put under stress for about 10 minutes with the Aida64Extreme test, in which despite the CPU reaching peaks of even 90 degrees, the system has always been silent and there was no sign of throttling .

On average, however, the performance of the internal memory: the speed in reading and writing is not the best, but it should be remembered that we are still talking about a desktop mini-pc with Windows 11 Pro pre-installed, which is dedicated to performing the most basic operations and certainly not professional video editing or heavy gaming.

In short, always keeping in mind its intended use, I must say that the GEEKOM MiniAir 11 it always performed quite well and proved responsive even with several active apps.

The official selling price of the GEEKOM MiniAir 11 is 329,99 euros on Amazon but, through the box below, you could buy it at a discount using our coupon which would drop the figure to 283,49 euros. And at this figure, if you need such a car, I would do it a little thought.

Because of course, it is not a computer with very high performance, but the value for money is very good: the GEEKOM MiniAir 11 it could be a great office computer, or a worthy companion to a TV at home (as a media center for 4K video playback), not to mention that it could be perfect for a student with a need to research and produce documents.