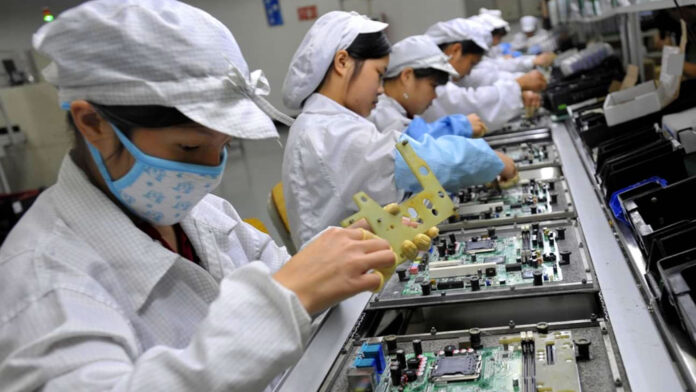 As well as so many tech companies, too Apple relies on the China for the production of many of the products that make up its ecosystem. Many of its products come out of the factories of Foxconn, one of the realities that explains why smartphones they all come from China; not only Apple, Xiaomi, Nokia, Motorola and Huawei, but also Sony, Microsoft and Nintendo, as well as HP, Dell, Acer, Amazon, Lenovo, Toshiba and many others. For decades, countless Western companies have outsourced their production to China, but i numerous lockdowns that continue to plague it are leading companies like Apple to review their plans. Not to mention the conflict with Taiwan, the consequences of which will fall on the future iPhone 14 series.

Production problems for Apple: the fault of the energy crisis in China

Putting aside the Taiwan affair and the next iPhone bys, the Foxconn factories also leave the iPad. And it is news in these hours that the production of Apple tablets has been stopped in the factories in Chengdu. However, the reason is not sanitary but perhaps even worse, as it relates to energy crisis of which we have talked to you time back and that has not failed to make itself felt in this hot summer.

Due to the many energy difficulties facing the Sichuan region, of which Chengdu is the capital city, the regional government has decided to suspend Foxconn operations. From 15 to 20 August, the entire Foxconn campus in Chengdu will not be operating normally, and only 20% of the electricity will be used to keep the security systems active. The strategy implemented by the authorities is to stop electricity in industrial plants to ensure that residential users do not suffer unexpected interruptions.

For the moment, Foxconn representatives have specified that this is a temporary limitation and that it does not affect other plants in China. As analyst Ming-Chi Kuo points out, it will be interesting to continue monitoring the situation, in the hope that these energy supply limitations will not impact global production.