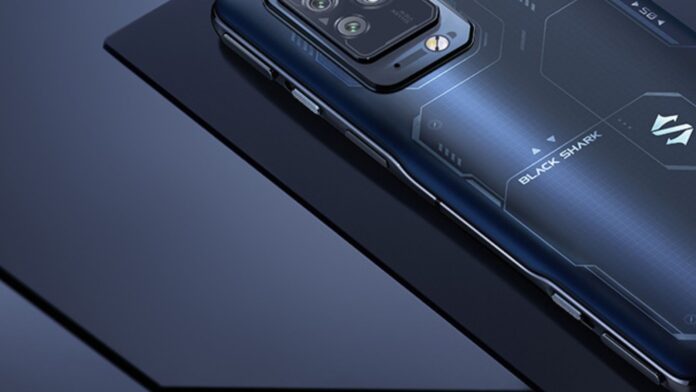 After the debut of Black Shark 5, Xiaomi is preparing to launch two other smartphones in the series. Let's talk about Black shark 5s e 5SPro, a powerful device that will offer all the technologies and features of which a gamer he needs to stay competitive and give his best in any mobile game. In this article, we have collected all the information and rumors leaked so far about this smartphone. Here's everything we know so far about design, specs, price and range release Black shark 5s.

Upgrade 16 / 08: Black Shark 5S and 5S Pro may be closer than expected, as the brand has announced an event for the next few hours. Find all the details at the bottom of the article.

Black Shark 5S: everything we know so far

Unfortunately, there are still no images of Black shark 5s that show its design, but we certainly cannot expect an aspect from a smartphone of this kind sober. We know well that the style of gaming phone it is rather "tamarro" and the body, however much you try to contain its dimensions, will always be a little "thicker" than that of a common smartphone, precisely because it must contain hardware technologies designed to increase the gaming experience.

Turning to the display, Black shark 5s could be equipped with an OLED screen from 6.67" with resolution Full HD + and an update frequency of 144 Hz. There may be a small hole in the center that will house the front camera. Obviously it is impossible to imagine in new models without the physical side pop-up buttons, now the trademark of the Black Shark gaming flagships.

Black shark 5s will be a powerful smartphone from Gaming, therefore it will implement a series of technologies and features designed to maintain high performance even during intense sessions of use, ensuring fluidity and responsiveness. The insider DigitalChatStation offers us an almost complete overview of the technical specifications of the device, obviously to be taken with due precautions.

Under its body could not hide one of the most powerful processors that the current market has to offer, namely it Snapdragon 8+ Gen1 by Qualcomm, with the support of SSD storage technology already seen in the current generation. There is no information yet on the amount of RAM available.

Other smartphone features may include a 4.790 mAh with support for quick charging from 120 W and some technologies that will enhance the gaming experience, such as two magnetic pop-up trigger buttons which can be customized to add new game buttons; an X-axis motor and two stereo speakers.

Finally, the smartphone could debut with Android 12 e Joy UI 13 on board, as well as being equipped with a side-mounted fingerprint reader. It remains to be seen what the differences between Black Shark 5S and the larger model 5S Pro.

Moving on to the photographic sector, Black Shark 5S should be equipped with one triple external camera with main sensor from 64 MP Sony IMX686, while for the other two sensors we should find a wide angle from 13 MP and a possible 2 MP macro sensor. The selfie camera would remain from 16 MP.

When they arrive Black shark 5s e 5SPro? The question could have a sensationally close answer: in fact, the brand has set an event for the August 17th, 2022, that is, for the next few hours, which could be the stage for new gaming smartphones. However, this is by no means certain, as it is rumored that the new Black Shark series could be rethought and shot in a totally different way, so perhaps even postponed. In short, we will understand in the next few hours what the truth is.