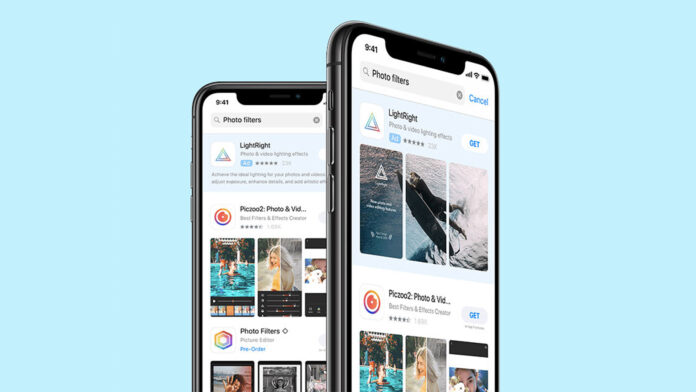 Since the release of iOS 14, Apple gave away theTransparency Tracking App, a novelty that impacted not poco in the digital services market. In recent years, discussions have intensified around the concept of user tracking and its implications, mainly aimed at monetizing their behavior through advertisements. Apple has historically been very careful about safeguarding the privacy of its users, and the latest iOS updates have further demonstrated this.

With the introduction of the ATT system, users are informed that that particular app can track them and can choose whether to allow it or not. Needless to say, millions and millions of iPhone owners have chosen not to be tracked, causing Meta, Google, Twitter and Snapchat to lose nearly $ 10 billion in the quarters following its introduction; at the same time, it might almost seem counterintuitive but Apple is working for increase the amount of advertising on the iPhone.

Apple wants to increase ads in its apps, and it's already controversial

Right now, of all Apple's apps, the ones that show advertisements are News, Borsa, TV + and the App Store itself, both on iPhone, iPad and Mac. In the case of News and Borsa, the two apps show ads on the screen. themed (stocks, investments, etc.), on TV + the ads concern Major League Baseball while on the App Store developers can pay to have their apps sponsored based on user searches. This is a dynamic that not everyone goes down, especially for the presence of ads even on paid services such as News + and TV +. Not to mention that Apple's anti-tracking does not apply to its apps, because according to Apple, only the data inside its devices are used and not acquired through third-party apps or sites.

Although Apple has often proved refractory to the freemium system, preferring to aim for ad-free subscriptions, something is changing. This is demonstrated by the fact that Apple's advertising teams are increasingly gaining a foothold at the top of the company, with advertising revenue of approximately $ 4 billion a year. Unsurprisingly, Apple wants to increase efforts in this regard, for example by adding advertising in Maps: as with the App Store, entrepreneurs will be able to pay for their activities to be suggested in satellite navigation. But also applications like Apple Books e Podcast, being able to pay to push their creations into search results. And just like Netflix, a tariff plan for Apple TV + that provides a lower cost in exchange for displaying advertisements.