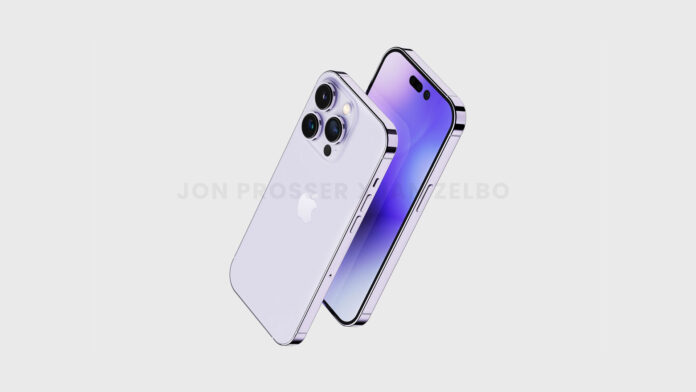 25 years after that of Newt Gingrich, the visit of Nancy Pelosi in Taiwan he irritated not poco la China, and could also be affected Apple and the next iPhone 14. For China, this visit is in effect a violation of the One China Policy, which states that Taiwan is a territory of China. On the contrary, Taiwan sees itself as an independent state with its own government; a controversial situation, in which the US enters with a deliberately ambiguous policy, having official relations with the People's Republic of China (ie China) and at the same time “unofficial” relations with the Republic of China (ie Taiwan).

After Nancy Pelosi's visit to Taiwan, China's response was not long in coming, both from a military and an economic point of view. On Thursday, August 4, rather aggressive military exercises started, which effectively blocked the island: they should end on Monday August 8, but everything is still to be seen. Meanwhile, China also has blocked some commercial agreements with Taiwan, as in the case of natural sand also used in the production of semiconductors. However, Taiwan reassured that these blocks should not affect the market in the slightest.

We come then to Apple, which despite being one of the leading companies in the United States has important and deep ties with China. Like any major electronics manufacturer in the world, the Cupertino company has also built its production chain by taking root in that China that for decades has contributed to the production of technology around the globe. Not surprisingly, Apple is also working to differentiate its suppliers also in the field of screens, not relying solely on the Korean Samsung and LG but also on Chinese BOE.

But in addition to China, another fundamental geographical area for Apple is Taiwan: there are giants like TSMC, which produces the much-acclaimed Apple Silicon chips, as well Foxconn e Pegatron, from whose Chinese factories come most of the iPhone phones sold all over the world. Note that both TSMC and Pegatron executives received Nancy Pelosi, to the wrath of China. And this is where a new problem arises, because China has consequently decided to institute a new law providing for the block of any product license plate "Taiwan" or "Republic of China". A news that immediately aroused discontent in Apple, which found itself forced to ask Taiwanese suppliers to remove labels from products to China "Made in Taiwan". It is difficult to predict whether this could lead to delays in launch and commercialization, although there is no shortage of concerns that this will happen.

In the meantime, Apple is stepping up efforts to differentiate iPhone production and be less dependent on China. This is demonstrated by the fact of having entrusted part of the production also to India, starting in 2017 with the first iPhone SE and continuing with the following models. So far, however, it was China that produced the iPhones sold in the first months of marketing, while India produced those in the following months. This will change in 2022: as insider Ming-Chi Kuo says, the base model of the iPhone 14 sold at launch will come from both China and India.

And let's not forget that there are also other countries at stake, for example the Brazil which has been entrusted with part of the iPhone 13 series. In any case, it will not be easy and above all quick for Apple to compensate for the growing limitations with China, which remains a cornerstone of its supply chain. But it's still a considerable step towards greater supply chain differentiation, especially in times like these where a blockade in China is enough to blow everything up.