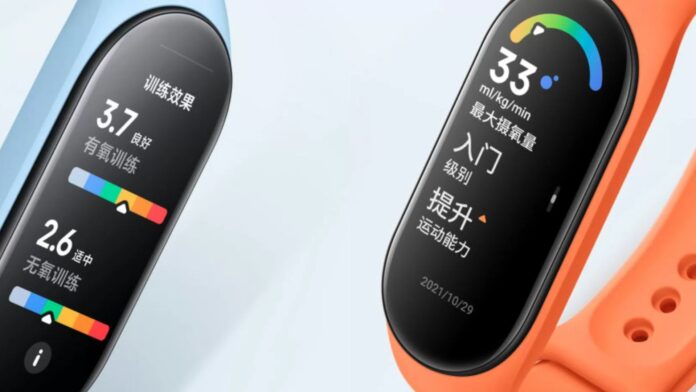 It hasn't been long since the release of the first update per Xiaomi Band 7, but the much-loved fitness band is preparing to receive a according to update which brings the software to the version 1.19.15. The new update introduces some new features in terms of functionality and fixes some known bugs.

Xiaomi is in these hours releasing a second updating per Band 7, introducing several innovations. First of all, version 1.19.15 of the fitness band software introduces interval training for some sport modes. Secondly, the ability to change the font color of the photographic dial and, finally, a new world clock.

Many i bugs, fixed, including that of abrupt reboot of Xiaomi Band 7, that of the superimposed display of long messages and that of resetting the vibration intensity after restarting the device. Beyond that, Xiaomi claimed to have minimized sudden freezes of Band 7 and to have solved problems related to a notable energy consumption.

The update is being released in China, where users with a Xiaomi Band 7 can install the new software version through the app ZeppLife. It is not yet known if and when the update will be made available in other markets as well, nor if all the new features will arrive on the models overall. We'll see.

Meanwhile, if you want to know more about the Xiaomi fitness band, we recommend taking a look at ours Full review.

This is how much the smartphone market depends on TSMC

Redmi Pad in the image from vivo before launch