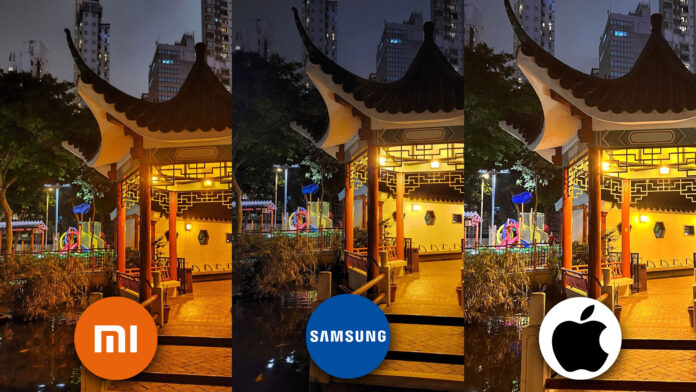 Many would like to get their hands on Xiaomi 12S Ultra and his new one Leica camera, but many will not be able to (at least officially). Also for this reason, many are curious to know the photographic ambitions of the new Xiaomi top of the range and to find out if it is up to the best camera phones in circulation. I am referring to two models like Samsung Galaxy S22 Ultra e iPhone 13 Pro Max, two of the best exponents when it comes to photographic quality. And thanks to the work done by Ben Sin, we can already get a first taste of what the result of this confrontation between the big names is.

Xiaomi 12S Ultra: this is how the new 1 ″ Leica camera shoots

First of all, a summary of the hardware compartment that makes up the camera of the three smartphones in question is necessary:

How does Xiaomi 12S Ultra shoot?

Let's start by seeing some photographic samples made with the main sensor of Xiaomi 12S Ultra. This is the Sony IMX989, not the first sensor from 1" in the world but the first on a non-niche smartphone like it Sharp Aquos R6 or on a limited one like Sony Xperia PRO-i. A sensor of this size is still far from that of the best dedicated cameras, but it is starting to get closer. And it is especially noticeable from the softness of the bokeh and the depth of field that can be obtained in photos and videos. In addition, 12S Ultra enjoys the use of Summicron aspherical lenses 8P Leica, thanks to which to minimize those glare typical of artificial lights at night.

Moving on to the other two sensors, it is the Sony IMX586 to be used for both the wide-angle lens that for the 5x periscopial telephoto lens, a 48MP sensor that in Pixel Binning produces 12MP shots. Using similar if not identical sensors allows the camera to be color balanced. Furthermore, it seems that the 5x zoom performance has been improved, with photos being sharper than the Mi 11 Ultra; however, since we are talking about the same sensors, it is Xiaomi who has done the work via software optimization.

The other benefit of the aforementioned partnership is the implementation of Leica filters that simulate the "color science" of its cameras. The filters in question are two, Vibrant and Authentic, with which to obtain different results as regards the management of contrast and colors.

After focusing exclusively on the Xiaomi 12S Ultra, it is time to see how its camera performs compared to that of the Samsung Galaxy S22 Ultra and iPhone 13 Pro Max.

As anticipated, the advantage of having a 1 ″ sensor is to capture images frompronounced bokeh effect, without having to intervene and accentuate it through software as happens with Portrait modes. They can also be noted more vivid colors even in low light, where the Samsung flagship tends to be more conservative. Having a smaller sensor, iPhone acts on the ISO levels to return a bright but more artificial image than the competition.

Having a 1 ″ sensor also means having more pixels with which to capture the light, thanks also to the exaggeration Pixel Binning at 3,2 µm by Xiaomi 12S Ultra. Shooting at night, the images can thus boast one better lighting management, both as regards the brightness of the photo and the lack of overexposure for the lights in the temple (which instead happens with Samsung and iPhone).

The other advantage of the Xiaomi 12S Ultra sensor we notice it in high contrast situations, such as in this dimly lit room. Not only is the photo captured by Xiaomi generally brighter (and with more saturated colors), but it demonstrates its own wide dynamic range. A clearly visible detail on the desk, where the two screens are better exposed than Samsung and iPhone.