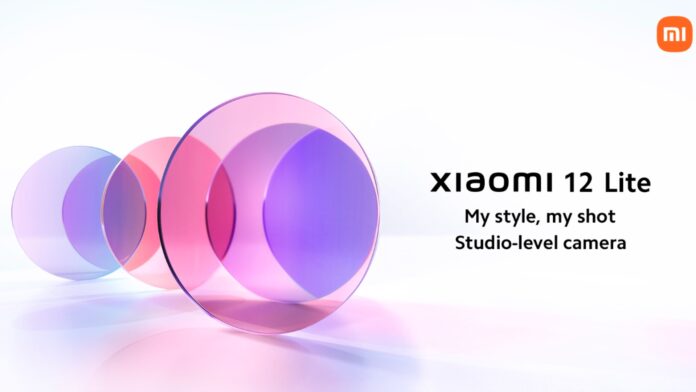 While we are still recovering from the new one 12S series (that it will not reach our latitudes) and from Band 7 Pro, here comes yet another surprise from Xiaomi and this time there is a good chance that the news concerns us. Xiaomi 12Lite is coming to Italy, was anticipated by the division Overseas hubs of the company and has even appeared in some online stores in Europe, with lots of details about the selling price!

08 / 07 Update: an insider reveals what could be the presentation date of Xiaomi 12 Lite Global. Find all the details directly at the end of the article.

Xiaomi 12 Lite Global ready to land in Italy: here are the details and the first leaks on the sale price

Let's try to clarify and put the ideas in order. Xiaomi 12Lite it was launched in some Eurasian countries in the past few weeks and is now ready to make its appearance in version Overseas hubs. The confirmation comes directly from Xiaomi through some very clear tweets; the device will also debut in Italy and was announced by the same company. Oddly, the tweet was deleted after a couple of days (so we removed the link).

Meanwhile, the Romanian store and the Spanish operator Orange have anticipated the debut of Xiaomi 12 Lite Global together with the possible price of sale. The mid-range will be proposed - at least so it seems - a €500: obviously there is no official confirmation, so it is good to wait for further details.

As for the various specifications, take a look at ours deepening dedicated: the "small" of the series mounts a panel AMOLED a 120 Hz, is moved by the Snapdragon 778G (similarly to the previous one 11 Lite NE) and offers a triple camera with a 108 MP. It remains to be seen whether the version for Italy and Europe will also adopt these characteristics.

A few hours after the official confirmation of the launch of Xiaomi 12 Lite Global, the first details on the presentation date also arrive. In this case it is rumors, but at least rumors about the debut begin to flock. According to an insider, the launch event would be set for 13 July: during the presentation there will be both the aforementioned Xiaomi 12 Lite and the Band 7. Obviously the leaker refers to its market, namely the Indian one.

However, we know that the device should also arrive from us even if the post published by Xiaomi Italia about the terminal was deleted (it was also present in this article). At this point the doubt arises and we await further news.

Meanwhile, the Global division continues to publish teasers. One refers to the colors of the device (green, purple, pink and silver) while in the other one speaks of one camera high level (in relation to the 108MP sensor).