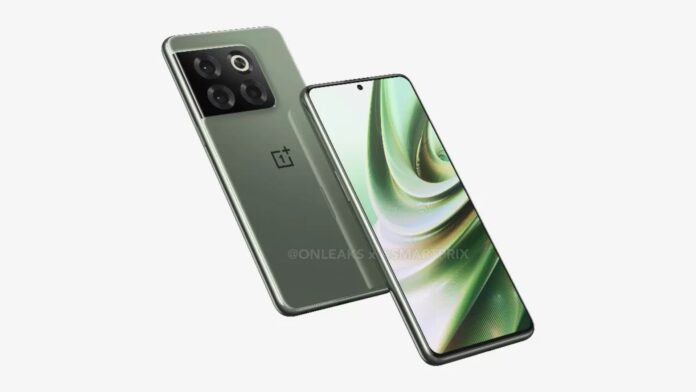 According to some sources, it will be the flagship killer high-end, ready to assault the market with top specifications and a much lower price than its competitors. Let's talk about OnePlus 10T, a device which has already been rumored a lot and which in recent days has been the protagonist of a new series of rumors. If you've ever wondered when OnePlus will raise the curtain on the new one flagship killer and what will be yours price, the answers to your questions may have arrived.

Upgrade 05 / 07: from Amazon UK we have the possible Europe price for OnePlus 10T, which still seems to cost as much as 10 Pro. Find all the details at the bottom of the article.

OnePlus 10T will be a flagship killer: exit and price revealed by the latest leaks

OnePlus 10T it will be the cheaper alternative to the model launched at the beginning of the year. I'm really many indiscretions emerged during these weeks, which covered both the design and some of the main features of the next smartphone.

It is said, in fact, that OnePlus 10T is equipped with an AMOLED screen from 6.67" with resolution Full HD + and update rate of 120 Hz; which is powered by a Qualcomm processor Snapdragon 8+ Gen1 supported by at least 8 GB of RAM; and that its photographic sector can count on a main sensor IMX766 da 50 MP accompanied by two other lenses, an 8MP wide angle and a 2MP macro.

But let's move on to more fresh information. When will the new smartphone from the Chinese house arrive? According to some sources, the launch of OnePlus 10T it should take place in India by the end of July and it should be the last flagship that the company will launch this year. As for the price, however, it is said that this will be included between the 3.000 and the 4.000 yuan, or between approximately € 425 and € 568 at the current exchange rate.

Recall that the current OnePlus 10 Pro was launched at € 919 in Italy and around 4.000 yuan in China: in short, the new model should have some improved specifications but debut at a lower price. Will it really be like this? Let's keep our fingers crossed!

After the rumors about the Chinese price of the OnePlus 10T, those relating to the European price of the upcoming smartphone begin to pop up. In fact, it seems that the product page of the device has been checked (then removed) on Amazon UK, where a cost of £ 799 (About € 933 at the exchange rate) for the version 8 / 128 GB.

Among other things, there are also some key technical specifications, such as the Snapdragon 8+ Gen1, LTPS 120Hz AMOLED display and the camera from 50 MP. The source of the leak also tells us that we will see it in Italy, but it is not known whether a €799 (therefore at a lower cost than the 10 Pro) oa €919, just like the previous model, as happened in the UK.

Leave a comment and let us know what you think of the OnePlus 10T. And if you liked our article, share it on social networks: a simple gesture is enough to support us!