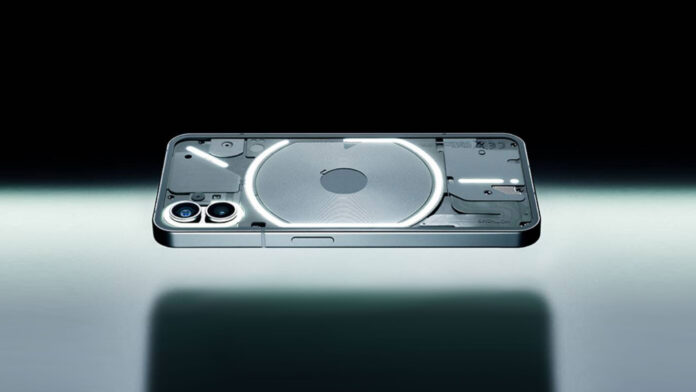 Today is the big day for Nothing Phone (1), the first smartphone of the company of the former OnePlus Carl Pei. After debuting in the world of true wireless headphones with the ears (1), Nothing has thus made its entry into the telephone market official. And he did it with a smartphone that does not aim so much at the high end of the sector, as at the desire to stand out, especially from an aesthetic point of view. So let's see what its news are, including technical specifications, price and availability in Italy.

Nothing Phone (1) official: all the news

Nothing Phone (1) carries on the aesthetic style of the aforementioned headphones, distinguishing itself for the adoption of one transparent body. It is a characteristic that represents the trademark of the brand, a tangible manifestation of the "essential". The perimeter frame from square shapesFurthermore, it is made of recycled aluminum, in a market that tries to be ever greener. All in dimensions of 159,2 x 75,8 x 8,3 mm for 193 grams with IP53 certification.

The transparent back allows you to glimpse some of the internal components, in addition to the other main peculiarity of Nothing Phone (1). I'm talking about the Glyph Interface, that is, a series of compound strips with 900 LEDs positioned both around the camera (with a similar style to that adopted by OPPO) and at the top left and bottom. A feature undoubtedly new and never seen on a smartphone and that you can appreciate in a dedicated hands-on video.

Not only an aesthetic but also a functional bonus, being able to act as a Notification LED (customizable), from flashlight and to communicate it recharge status. Behind it is also a small red LED, which lights up to communicate that a video is being recorded with the camera.

Moving on to the display characteristics, Nothing Phone (1) has a panel AMOLED HDR10 + 10-bit from 6,55" Full HD + (2.400 x 1080 pixels), refresh rate a 120 Hz, 240 Hz touch sampling, up to 1.200 nits and Gorilla Glass 5 protection (both front and back). The display features one design dish (so no curved edges) e has no "chin", an expression that in technical jargon means the absence of a pronounced lower edge and therefore a symmetry with the surrounding ones. Furthermore, this panel integrates a ultrasonic ID sensor, more effective than those with optical technology.

From a software perspective, Nothing Phone (1) is based on Android 12, but the real novelty is represented by the proprietary interface chosen by the company. A bit like it happened for the early OnePlus, the UI is called Nothing OS and is characterized by a minimal look that goes well with the brand's philosophy. To move the graphical interface is the unprecedented one Nothing Launcher, we have tried for you, and there are no pre-installed apps instead of Google's ones.

Nothing promises a fast, smooth and personal experience, as well as a solution based on a ecosystem open, in order to easily connect and integrate both Nothing and third-party products (Carl Pei gave the example of integration with the Tesla app). In addition, Nothing has developed a widget for NFTs, with which users will be able to view their collection. The company promises 3 years of Android updates and 4 years of security updates (released every 2 months).

Nothing Phone (1) - Price and release date