Lei Jun's company has made some important steps in recent weeks: the debut of the 12S series sanctions the entry into the game of Leica, an improvement does not give poco as regards the photographic sector of the brand's current and future flagships. And now the first rumors about the future UI begin to peep out. We collect them in this article and try to trace a path to answer the fundamental questions: when the MIUI 14 and what's new? No more chatter, let's get straight to the point with all the news!

MIUI 14: when the new update arrives and what's new

The Xiaomiui team is certainly the most active when it comes to finding news about the future devices and major updates of the brand. At this round we finally start with the first rumors about the next version of the proprietary interface of Xiaomi, MIUI 14. The very first sighting would come directly from code of one of the system applications; however, the well-known developer and insider Kacper Skrzypek he corrects his colleagues' shot, specifying that it is only a reference value. It is not known whether this is actually connected to version 14 of the software: it could also lead the way - reasoning by hypothesis - to a version 13.5, for example.

Plus the codenames Nuwa e fuxi would not refer to Xiaomi 13 and 13 Pro (among other things, already protagonists of some leaks), but they would always be linked to software functions.

When will MIUI 14 China and Global be released?

Unfortunately for the moment we know poco or anything about the next UI and it is clear that we will have to wait a little longer, before learning more. If you are wondering when the MIUI 14 in China version will be released, we have two hypotheses. The first is the most obvious one: a November (or in any case by the end of the year) there will be the launch of the Xiaomi 13 series and on that occasion the presentation of the MIUI 14 cannot be missed.

However, the Xiaomiui team makes another very interesting proposal: the 16 August exactly 12 years will have passed since the launch of the first version of MIUI. A great opportunity to celebrate and maybe present the future of Xiaomi's UI to the world. Obviously this is only a hypothesis and nothing else, to be taken with due precautions.

The news of the future interface

Talk about news of MIUI 14 - unfortunately - is premature. However, we already have some rumors that would illustrate some of the novelties for the interface and functions of the new MIUI. From redesign of the UI for the various system app, as is the case with App Vault and Clock. 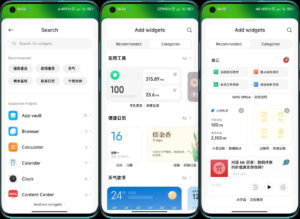 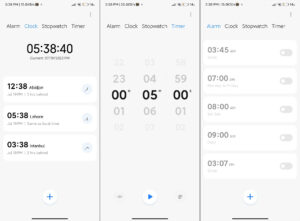 There would also be news for the app Gallery, such as adding the "On this day" for photos and videos from 1 year ago. There is also talk of the text recognition in images, presumably to extract it and copy / paste it elsewhere.

Finally, there are rumors of the addition of support to the technology Qualcomm LE Audio to revolutionize Bluetooth connectivity, which we discussed in a dedicated article.

Below you will find all ours insights dedicated to Xiaomi's current MIUI 13: the list of supported functions and smartphones, the list of bugs and the download links!

And now all that remains is to wait for the debut of the new version of the proprietary interface of the Chinese company!

One UI 5.1 official: all the news and compatible models