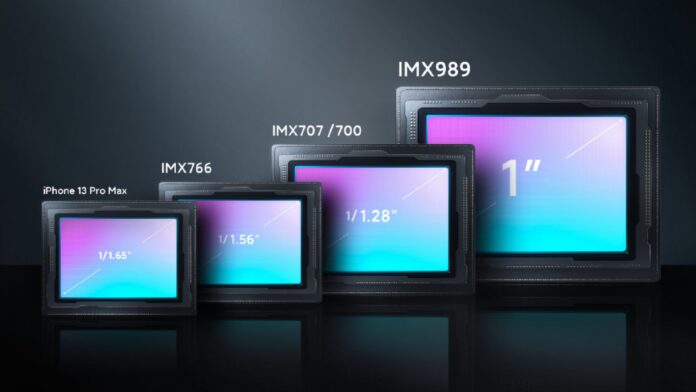 The new Xiaomi 12S series will be officially presented next 4 July. In the meantime, the Chinese house has revealed some details on the photographic sector of Xiaomi 12S Ultra, the world's first smartphone equipped with the sensor Sony IMX989, and the rest of the range. Here are all the details and specs announced so far!

As also anticipated by the previous rumors, Xiaomi 12S Ultra it will have an unprecedented sensor on its side: it will be the Sony IMX989, 50 MP module with 1 ″ diagonal. The top of the range of Lei Jun's company will be the first smartphone to use this solution, a large sensor capable of obtaining sharper shots and capable of absorbing more natural light (especially in the case of excessively dark environments). We will then have an increased focus speed and improved performance also with regard to the dynamic range.

Through a long post on the Asian social network Weibo, Lei Jun - the historic founder of the tech company - revealed that the sensor IMX989 was made thanks to the collaboration between Sony and Xiaomi, with a development cost of $ 7.5 million. Furthermore, in the future, the Chinese company and the Japanese tech giant will collaborate again.

The rest of the photographic sector of Xiaomi 12S Ultra: according to various leaks we will have a wide angle da 48 MP and a telephoto with 5 MP 48X zoom to accompany the new Sony IMX989 module. Obviously the top-of-the-range cameras will be co-engineered with Leica: remains to be seen if we find the iconic red hill. Speaking of this important partnership, the super flagship will be equipped with a goal Summicron made in collaboration between Xiaomi and Leica, designed specifically for mobile photography and equipped with an 8P lens system.

Do you want to know all the rumors about the 12S Ultra model? So here's ours deepening dedicated to the super top! No fear: Thu you can also find everything about the “younger” brothers 12S and 12S Pro.