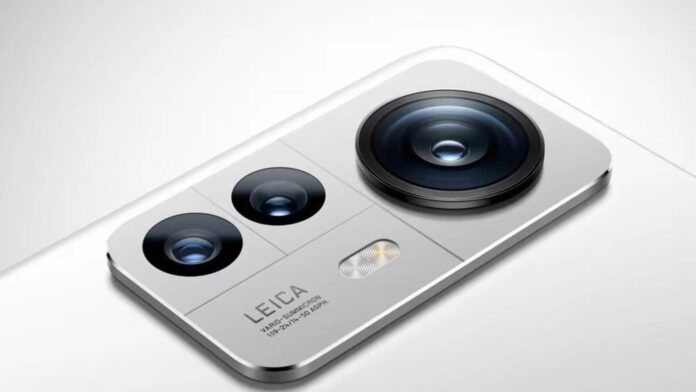 Being the CEO and founder of Xiaomi has its advantages and among these there is certainly the possibility of previewing the new models, those not yet on the market. Apparently Lei Jun is testing a new terminal but this time he has seen fit to actively involve fans ... and here are revealed in fact Xiaomi 12S and 12S Pro in the first images official, together with the logo of Leica in plain sight!

Upgrade 29 / 06: Xiaomi's CEO also shows us the base model of the 12S series, confirming the present chipset and the Leica brand. Find all the details at the bottom of the article.

Xiaomi 12S Pro in the first images, with the Leica logo

If you are curious to know the smartphones that Lei Jun uses, here you are served; meanwhile, the Xiaomi founder is testing one of the company's latest devices, as evidenced by one of his latest posts on Weibo. The latter was sent by Xiaomi 12S Pro and shows the design of the next device, in the form of official render images. Finally we discover the look of the smartphone but ... there don't seem to be big differences compared to our Xiaomi 12 Pro (take a look also at ours review).

We would dare to say that the design is virtually identical, except for the logo Leica, in plain sight on the photo module. The iconic red stamp of the brand is missing: perhaps it will only be the 12S Ultra model to have it, as anticipated by some previous rumors. The same company has confirmed that all three smartphones will feature the wording Leica Imaging even if the presence of exclusive details, dedicated only to the Ultra, cannot be excluded.

Lei Jun just shows the new Xiaomi 12S Pro but it doesn't reveal anything about the specs. The device is expected to debut in a dual version, with Snapdragon 8 + e Dimensions 9000. For all the details leaked so far, here's ours deepening; regarding the release, we remind you that the 12S family will be launched in China next 4 July.

After that in the past few hours we have seen the Pro model show up on the CEO page of Xiaomi, even the basic model 12S was shown in the first official images, this time with more details regarding its technical specifications. As you can see, we have a design similar to its big brother, even in color, as well as the sensor Sony IMX707 and the curved display. But the real news communicated is the presence, confirmed therefore, of the Snapdragon 8+ Gen1. Here too, the Leica branding is present on the photo bumper.