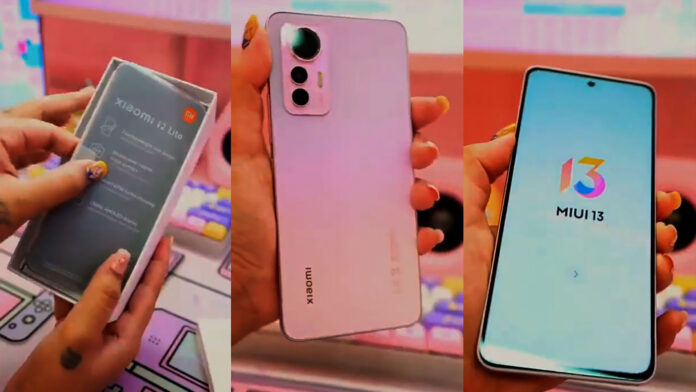 Based on what has been leaked so far, Xiaomi 12Lite it will be one of the various smartphones that the company will present during this summer. The most anticipated is probably Xiaomi 12S Ultra (no, you have not read wrong), which together with 12S and 12S Pro will renew the premium range of the catalog. But realistically it is Xiaomi 12 Lite that many will point to, given that among all the latest generation Xiaomi smartphones it will be the cheapest one (excluding Redmi and POCO).

So far we have talked about Xiaomi 12 Lite on several occasions thanks to leaks, images and rumors, allowing us to get a fairly clear picture of the smartphone. But obviously it was not enough, because a user has "well" thought of publishing an unboxing video where he discards the device, showing its features and confirming its specifications. Obviously, the video should not have been released, since Xiaomi 12 Lite has not yet been confirmed or officially mentioned by the company.

Aesthetically speaking, we see the rear look of the 12 series maintained; the photographic sector will not be in collaboration with Leica, but that should include sensors from 108 + 8 + 5 MP with OIS, wide angle and macro. In front, however, there would be a selfie camera from 16 MP, embedded in a punch-hole screen that will be AMOLED da 6,55 "Full HD + with refresh rate a 120 Hz. Unlike the top models, this Lite variant has a design lighter and squared off, characterized by a rectangular and less curved frame.

An official presentation date for Xiaomi 12 Lite is still missing, but it seems that the month of July it will be the one in which we should discover it, together with the aforementioned top of the range.