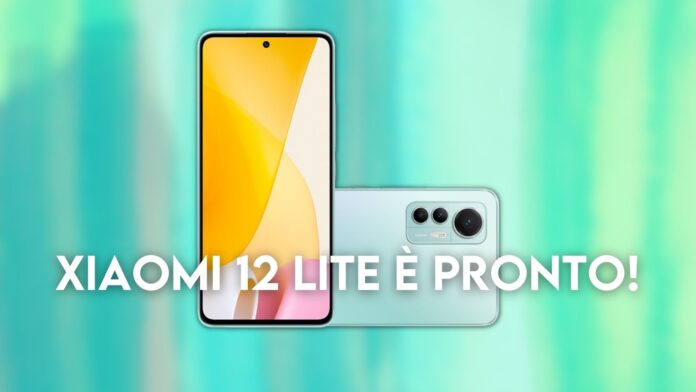 After the debut of the models of the 12 series, also in Italy and soon the 12S series, we also speak of Xiaomi 12Lite, the "little one" of the family who will try to move the middle range. In this study we have collected all the information on the device, including leaks and official (or unofficial) confirmations on technical specifications, price and market release.

Xiaomi 12 Lite: everything we know so far

Over the weeks there have been multiple rumors and various certifications regarding Xiaomi 12Lite, going to outline its characteristics but thanks to a unboxing and to the official renderings, we finally have a complete picture of the smartphone. In fact, we already know that it will take the forms of the older brothers of the 12 series, albeit with a smaller bumper. Switching to the display, it would be present from 6.55" Full HD +, a unit AMOLED with refresh rate a 120 Hz, an integrated ID sensor and a Gorilla Glass protective glass, making it actually interesting for the price range.

The hardware component of Xiaomi 12Lite it is certainly what makes it a smartphone that arouses curiosity. This is because the heart of the terminal would be Snapdragon 778G + (hence a very slight upgrade), with 6 / 8 GB of RAM e 128 / 256 GB of storage, which therefore brings a sort of continuity to the series (also because there are no other means if you want to stay in Qualcomm). Everything will then be powered by a battery from 4.500 mAh with quick charge from 67W, confirmed in unboxing. On the software side there will be Android 12 and the MIUI 13.

The picture of Xiaomi 12Lite it then closes with a triple rear camera, which for the first time in the series finds a sensor from 108 MP, probably the Samsung ISOCELL HM6 already seen on Realme 9 4G, accompanied by OIS, a wide angle from 8 MP and a macro from 5 MP. The selfie camera, centered in a punch-hole, will be from 16 MP.

The release period of Xiaomi 12 Lite has not yet been specified but according to various rumors it should arrive during Q2 2022: recently a well-known insider reports that the launch could take place during the month of July, with this detail fortified by recent unboxing. If you want to know more about the older brothers, we leave you the review of Xiaomi 12, 12 Pro e 12X.