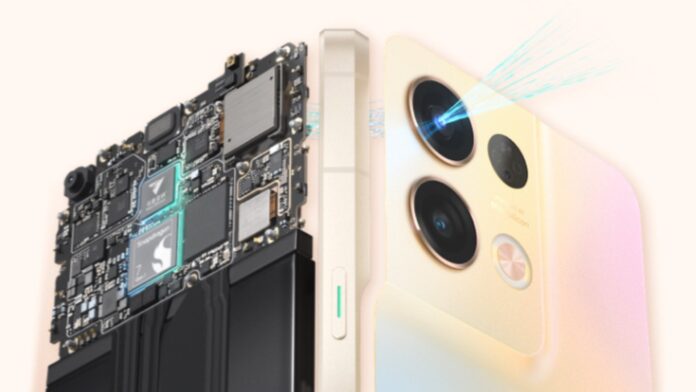 A few weeks ago we have welcomed on the market, for Chinese time, OPPO Reno 8 Pro first and so far only smartphone with Snapdragon 7 Gen1. However, Qualcomm's mid-range solution with 4nm process could remain enclosed only in the OPPO model, at least according to a rumor, but what could be the reasons for this?

Snapdragon 7 Gen 1 exclusive to OPPO Reno 8 Pro? Because it could be reality

Why has it come to this kind of theory, why do you think the new chipset Qualcomm for the medium-top range may not find such a widespread distribution? The answer, as it was for it Snapdragon 780 only arrived on Xiaomi Mi 11 Lite 5G, it could be the production process. Already at 5 nm there were not a few production difficulties and, consequently, it was not easy to follow up on that solution which, in fact, promised really well.

Now that the production process, made by Samsung, has become 4 nm, the complexities could be the same and, therefore, it is by no means excluded that it could end up in the same way, being then replaced after a few months by a more performing but less chipset. innovative as it was then the excellent and widely used Snapdragon 778G (and then 778G +). Among other things, the insiders are not so enthusiastic about the results obtained by this SoC, so a change could be useful.

That's why, to date, the only one OPPO launched and announced the first and only one Snapdragon 7 Gen1 In circulation. At the presentation, it was rumored that Honor would also use the chipset in the 70 series, but this has since seen a use of the MediaTek chipset and the previous one Snapdragon 778G + for the base model. The same Xiaomi 12Lite it was rumored that this chipset could be integrated, but at this point the doubt begins to rise even for this model. In short, we will have to wait for the next few weeks to understand if this is the reality or if it is just a rumor.