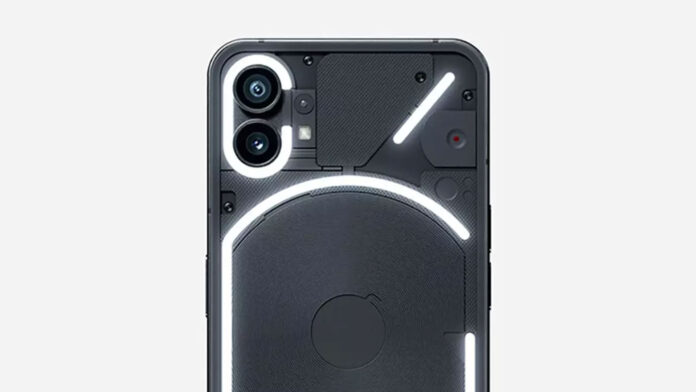 The first smartphone of the company of the former of OnePlus, Carl Pei, getting closer and closer. Nothing Phone (1) it is more and more real and in this in-depth analysis we are going to collect all the details on technical specifications, price and release available at the moment (among rumors and official confirmations). What awaits us from this novelty? Will we have a super captivating look and a unique style? Let's find out all the details!

Upgrade 24 / 06: an image reveals the black variant of Nothing Phone (1). Find all the details in the “Design and display” paragraph.

Nothing Phone (1): everything we know so far

Over the months Nothing Phone (1) he has been the protagonist of numerous rumors about design, also thanks to the confidentiality of the company. A concept tried to imagine it with a style similar to that of TWS headphones ears (1). In short, the same essential look, with a back cover transparent. This is a characteristic that represents the trademark of the brand, a tangible manifestation of "the essential", already confirmed by the company itself. The perimeter frame, then, is made of recycled aluminum, a detail that should not be underestimated in a market that tries to be ever greener.

The definitive design of Nothing Phone (1), unveiled by the same company, sees a smartphone with a square frame, characterized by a transparent back that allows you to glimpse some of the internal components. Another peculiarity is the presence of Glyph Interface, that is, a series of LED lights positioned both around the camera (with a similar style to that adopted by OPPO) and at the top left and bottom. A feature undoubtedly new and never seen on a smartphone and that you can appreciate in a dedicated hands-on video.

Not only an aesthetic bonus but also a functional one, being able to act as a notification LED (customizable) and to communicate the status of the recharge. Behind it is also a small red LED, which lights up to communicate that a video is being recorded with the camera.

Moving on to the technical characteristics of the display, according to the latest rumors we will have a panel AMOLED da 6.55" with resolution Full HD + (2.400 x 1080 pixels), presumably with a higher refresh rate (a 120 Hz), support HDR10 + and a particular attention to colors. The display will feature a flat style (so no curved edges) and will not have the "chin", an expression that in technical jargon means the absence of a pronounced lower edge.

The rest of Nothing Phone's technical specifications (1) would see the chipset as the protagonist Snapdragon 778G +, octa-core 6 nm with a maximum frequency of 2.5 GHz and an Adreno 642L GPU. To confirm this there are the first benchmarks such as Geekbench, which reports the presence of the Qualcomm SoC. Side memories we would have 8 / 12 GB of RAM and 128 / 256 GB of storage space, probably not expandable.

For the battery we speak of a unit from 4.500 mAh which should have fast charging support up to 45W, Complete with recharge wireless (Also reverse). Moving on to the photographic sector, Nothing Phone (1) has a dual camera with sensors from 50 + 8 MP, complete with optical stabilization OIS and wide angle. At the front there would be room for a punch-hole sensor from 32 MP.

The beta version of Nothing Launcher, we have tried for you. This will not be the only novelty introduced by the former OnePlus house: during the event there was talk of a real one Nothing OS. A separate operating system awaits us, in style HarmonyOS of Huawei? It seems poco probable and it is more realistic to imagine a proprietary interface in MIUI or One UI style, with its own functionalities and minimal features that go well with the philosophy of the brand, based on Android 12.

Cart Pei promised a fast, smooth and personal experience but for now we know a lot poco and we only have a handful of UI related images (not counting the Launcher beta). However it seems it will be a solution based on a ecosystem open, in order to easily connect and integrate both Nothing and third-party products.

Nothing Phone (1) - Price and release date

The release of Nothing Phone (1) was initially set, in a generic way, for thesummer but there was no real date. However, the brand has finally established the presentation of the smartphone: in fact, the next one July 12 2022 it will be the stage for the hype phone par excellence.