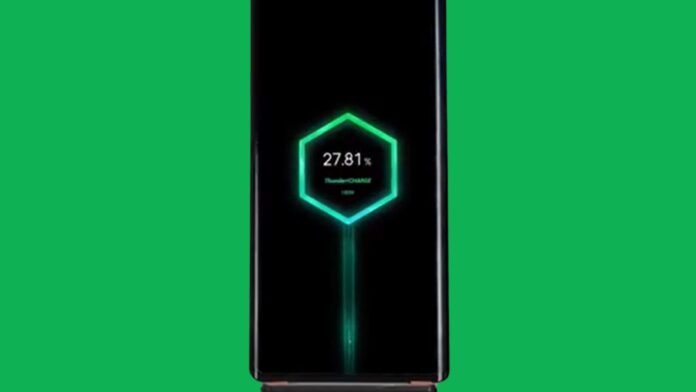 Several manufacturers are working on fast charging systems that promise to return one hundred percent of the smartphone's autonomy in a matter of minutes. Just recently, for example, there was a rumor that it will be IQOO 10 PRO lo smartphone to implement the most powerful technology ever, with a system of quick charge to 200W which promises 100% battery in about 12 minutes of charging.

Also Infinix try again with his Thunder Charge, the fast charging system a 180W. We do not know which smartphone is the protagonist of the video that you will be able to see shortly, but you will also notice that in less than 10 seconds by recharging the autonomy of the device manages to gain 1 percentage point.

Il concept phone which was used last year to test theUltra Flash Charge, in addition to supporting the powerful charging system, it was also equipped with a particular rear film that could change color. It is likely that Infinix reveal some more details about the new smartphone or the new charging technology in the coming weeks, and of course if there are any news we will always be ready to update you!