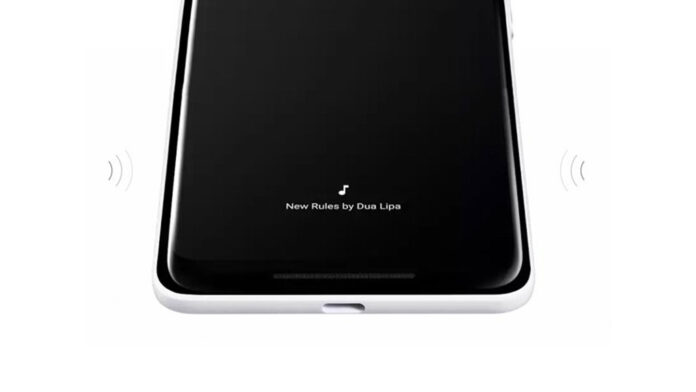 Perhaps someone will remember that for years on the range Google Pixel there is a function, Now Playing, absent on any other Android smartphone. Launched in 2017 with the Pixel 2 series, it is one of the various software features that Google has decided to make exclusive to its smartphones and not expand it to the entire Android ecosystem. For those who do not know what it is, Now Playing is practically an automatic Shazam: just activate it to read on the lock screen which song is being played in the surrounding environment. A very convenient option, because unlike Shazam there is no need to click anything but simply that the smartphone uses the microphones to pick up the song and the software will take care of everything else.

But if so far Now Playing has remained an exclusive of the Google Pixel series, thanks to the work done by the modders it is now possible install it on any Android smartphone. This was made possible by developer Kieron Quinn, who created a dedicated app called Ambient Music Mod. Initially available only as a Magisk module for modded smartphones, for a few days it has been possible to install it as an app even on smartphones without root permissions enabled. The only requirement is that the smartphone on which you install it has Android 12 or later versions.

Like Now Playing, Ambient Music Mod is also based on the same servers used by Google for song recognition. The developer has well thought of offering a certain degree of configuration, for example being able to choose how often to scan and thus be able to adjust the impact of the app on the battery.

How to install Ambient Music Mod

The installation of the Ambient Music Mod app is very simple and does not require any particular procedure. Once you have downloaded the APK file, just install it manually; then you need to confirm access to Shizuku, a system element necessary to allow the app to access the system API and thus be able to function without the need for root.