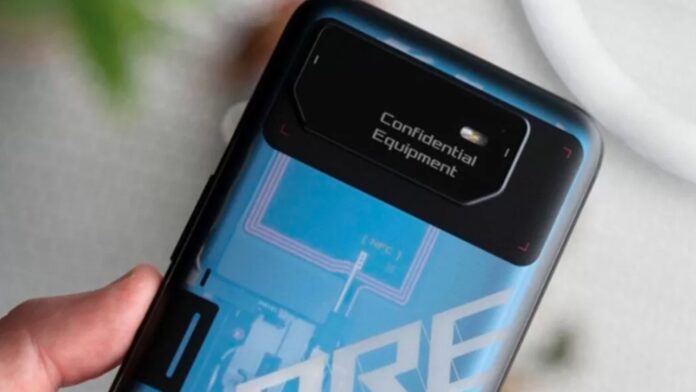 If the 5 / 5s series was something of a consecration, with ROG Phone 6, 6 Pro e 6 Ultimate ASUS will definitely aim to change, once again, the cards on the table of mobile gaming. The new or in any case the new smartphones, still to be clarified, come with very high technical specifications in order to guarantee the best quality in the game while remaining in an honest price.

25 / 06 Update: the new gaming flagship ROG Phone 6 could find itself at an interesting selling price in Europe and above all it will have an unprecedented feature that should not be underestimated. Find all the details in the "Design and Display" and "Price and Release" sections.

ASUS ROG Phone 6, 6 Pro and 6 Ultimate: what do we know today about the new gaming phones?

After the first shots dedicated to an alleged prototype, finally we get acquainted with the design of ASUS ROG Phone 6 thanks to the images of TENAA. For the display, however, we already have more concrete data: in fact, the brand has announced that we will find a panel AMOLED (it is not specified which) with refresh rate to 165 Hz. This will be a unit from 6.78" with resolution Full HD + and a fingerprint reader placed under it.

It will also be an imposing device, with a thickness of 10.39 mm and a weight of approx 229 grams. To all this, we add a feature that is previously unpublished, but which can certainly be useful in certain gaming sessions, but above all for mobility. In fact, ROG Phone 6 and other models come with IPX4 certification for splashing water and will be the first to get it in this category.

One of the certainties for the new ROG is the chipset: lo Snapdragon 8+ Gen1 it will move all the models that should arrive and, as far as memories are concerned, they will be anything but narrow: thanks to AnTuTu we learn of a version 18 / 512 GB (could it be the Ultimate model?), which would make it awfully easy to have thick games installed.

The battery of ROG Phone 6 it should be a pretty large unit, by ben 6.000 mAh, with a lot of support for quick charging from 65W (for both the basic model and the Pro version). For the rest, the brand also confirmed an interesting one dissipation system mixed with vapor chamber and graphite sheets which are improved respectively by 30% and dell '85%. The operating system would remain Android 12.

The photographic sector is not yet known, but we should find a main sensor from 64 MP accompanied by two other additional modules (details of which are not yet known). At the moment all the specifications - almost complete, to be honest - are the result of TENAA and other certifications, combined with the leaks.

The new ROG Phone 6 the next one will officially debut July 5 2022, during an event that will then let us know its characteristics. The devices will arrive jointly both in Italy and in the rest of the world. As for the price, from an insider leak Mukul sharma, we learn that the series could have a starting price in Europe of €799, which actually appears honest for the specifics that are proposed.