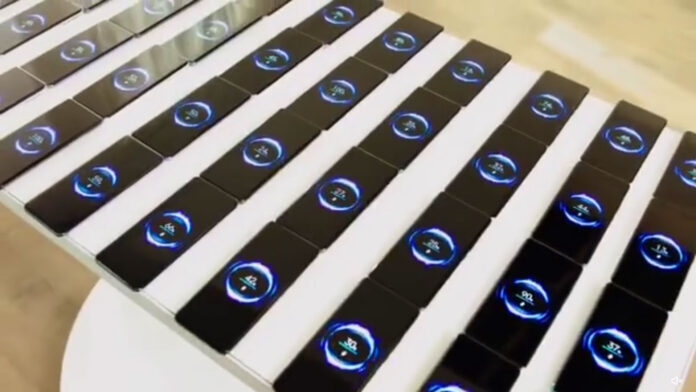 I don't know about you, but my desk is full of objects that constantly need to be recharged: smartphones, smartwatches, but also notebooks, tablets, gaming controllers, keyboards and mice, cameras and so on. Many of these devices still need the cable to be charged, but some are able to take advantage of the increasingly convenient fast wireless charging. A technology very dear to Xiaomi, which in recent years has embraced it for its catalog: for example, in 2021 we witnessed the presentation the Xiaomi Multi-Lane Wireless Charger, base capable of charging multiple devices at the same time.

Some of you will remember when, at the 2017 keynote, Apple announced AirPower, the first base capable of wireless charging iPhone, Apple Watch and AirPods simultaneously. A project that was abandoned in 2019, while Xiaomi did not give up and was one of the first to succeed. And as per tradition for Chinese manufacturers, Xiaomi has not limited itself to doing the ordinary, pushing itself to create something never seen before.

A remarkable achievement, which demonstrates the potential of a technology (fast wireless charging) at the service of functionality. Obviously this is a deliberately exasperated example by Xiaomi, but the goal is not to create a concrete product but to amaze the audience. Imagine a desk on which to place your notebook, keyboard, mouse, smartphone, smartwatch, TWS headphones, all equipped with wireless charging, and see them charge without any cables: wouldn't you like such a piece of furniture?