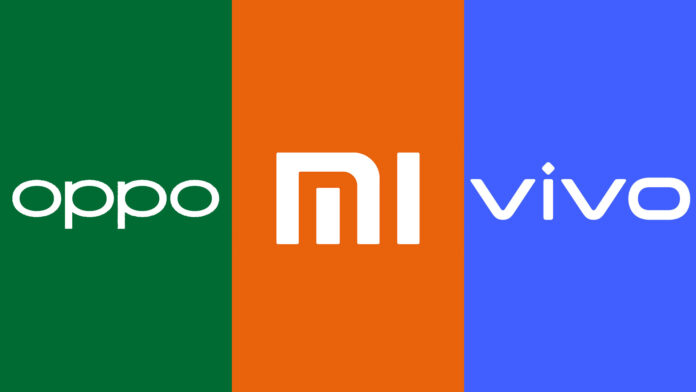 This 2022 has not started in the best way for Xiaomi, OPPO e live, with Chinese companies scaling back sales plans for the months to come. Nikkei Asia's report states that all three brands of smartphone they would report to their suppliers that there will be a 20% drop in orders. And you know, when producers themselves cause such a decline, it means that there is a problem that is afflicting the entire sector.

Although in the West the pandemic is loosening its grip on our lives, in China the situation is far from positive, as the various lockdowns demonstrate that the government has applied to contain the health situation. Very heavy closures, which forced tens of millions of people home (with scenes bordering on the grotesque) and which obviously had an impact on the national economy and on global electronics production.

Sales of Xiaomi, OPPO and vivo smartphones will be decreased due to the crisis

This difficult situation in China is also affecting local companies, as in the case of Xiaomi. The company led by Lei Jun would have lowered sales forecasts by 2022, dropping from 200 million smartphones to around 160/180 million. To have a yardstick, Xiaomi closed last 2021 with a total of 191 million smartphones shipped all over the world. At the same time, too OPPO e live they would have done the same, cutting the orders planned for 2022 by about 20% and leaving the stocks currently held by the various retailers to be disposed of.

In between there are not only pandemics and lockdowns, but also the component crisis which continues to plague the tech sector. Manufacturers of semiconductors and smartphone components complain slowdowns of several months; in this regard, I invite you to read this editorial on why the chip crisis. As a result, companies like vivo would have warned vendors that mid-range smartphones won't enjoy spec updates for some time.

The numbers tell us about a 2021 that smiled at Xiaomi, OPPO and vivo, who all closed the year with one strong growth in the smartphone sector. A positive trend that is however suffering a setback, starting from Xiaomi who registered a annual drop of -18% and whose profits are more and more decreasing. And it doesn't get better at OPPO e live, respectively in annual decline of -27% e -28%.

In all of this, Honor has not yet revised its forecasts, which remain from 70 million smartphones in 2021 to 80 million in 2022. Since breaking away from Huawei, the company has rapidly climbed the charts, even reaching the first place in China at the beginning of 2022. This, combined with the expansion it is implementing in the West, could allow it to better deal with the crisis, even if everything remains to be seen. However, Chinese chipmaker SMIC says 2022 will see a drop of 200 million smartphones worldwide, both due to the pandemic and the effects of the war in Ukraine.

The crisis does not seem to affect "Western" companies

And as Chinese companies struggle to recover in 2022, it appears to fare better to companies less involved in the Chinese market. For instance Samsung, which although it is also facing the consequences of the technological crisis, plans to ship more than 270 million of smartphones in 2022, an increase compared to 2021. The forecasts of Google, fresh from Pixel 6a and preparing for the launch of the Pixel 7 series, they speak of more 10 million of smartphones, double compared to the previous year. Without counting Apple: Foxconn and Pegatron are hiring people with record wages to support the increase in production for the best-selling iPhone 13 series and other Apple-branded products.