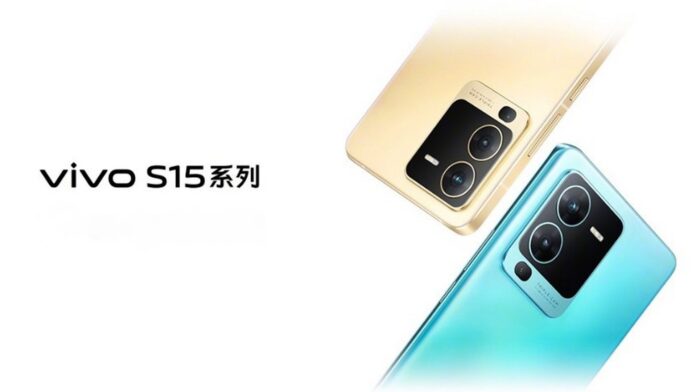 It hasn't been long since official debut of the tablet vivo Pad and from the mid-range S15e, part of the series mainly focused on the photographic sector; and precisely with regard to the triptych in question, partly still unpublished, the company officially announces the launch date of vivo S15 ed S15 Pro. The two devices will not debut alone: ​​it seems that they will be presented during the event even the new ones TWS Air headphones.

vivo S15 and S15 Pro close to launch: with them the unpublished vivo TWS Air headphones will also be presented

The two mid-ranges that close the triad of S15 series were previously pinched on the TENAA database, revealing some key technical specifications. According to leaked information, in fact, vivo S15 Pro will officially debut with a display OLED Full HD + from 6.56 ″ paired with the MediaTek SoC Dimensity 8100 and equipped with a 4.500 mAh with support for fast charging from 80W and a camera with the main sensor of 50 MP.

vivo S15, however, according to rumors, despite being the "younger" brother is equipped with a display Full HD + OLED da 6.62", wider than S15 Pro, while inside presumably there will be the Qualcomm processor Snapdragon 870 supported by a battery from 4.500 mAh. The photographic sector, consisting of a triple sensor from 64 + 8 + 2 MP is not far behind. On board both smartphones we will probably find Origin OS Ocean with Android 12.

Together with them, the company will also present the unpublished ones to the Chinese market vivo TWS Air headphones, and there are also rumors of the debut of new colors for the tablet vivo Pad e live Watch 2. But when will the official launch take place? live stated that the release of S15, S15 Pro e TWS Air the 19 Maggio 2022 in China, therefore, there is not much to know about future devices mid-range and find out if the leaked information about it will be confirmed.