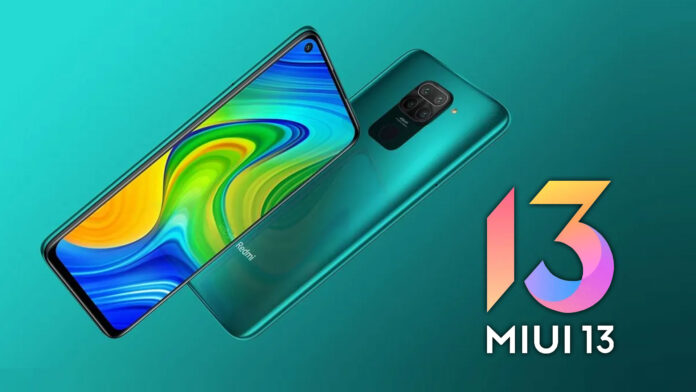 If you are among the smartphone owners like Redmi Note 9 e redmi 9, then know that updating to the MIUI 13 with Android 12 it will do. Both smartphones are part of the roadmap planned for the latest major update signed by Xiaomi, but there is still no period for the release. For the moment, the update has been released (in a more or less capillary way) on the next generation, that is Redmi Note 10 and Redmi 10. But in these hours, testimonies have appeared on the net on the now imminent arrival of MIUI 13 also for previous generation models.

According to information circulating on the net, both Redmi Note 9 and Redmi 9 e POCO M2 would be about to receive not only the MIUI 13, but also Android 12. After having disseminated the update in the internal circles of the Beta Test, Xiaomi would be preparing the diffusion of the major update also on a permanent basis for the public. Specifically, the three releases would be V13.0.0.1.SJOMIXM for Redmi Note 9, V13.0.0.1.SJCMIXM for Redmi 9 and V13.0.0.1.SJRINXM for POCO M2. However, the timing is not yet precise and there is talk of summer end as the expected release period.