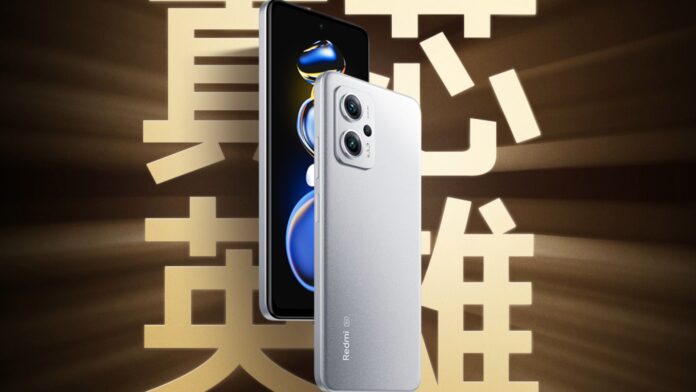 As already anticipated by previous rumors, the new mid-range series of Xiaomi's rib is not the Note 12 range, at least for the moment. The Chinese company launched at home Redmi Note 11T and Note 11T Pro +: in this in-depth analysis we take stock of the situation on technical specifications, price and output of the devices. These smartphones debuted only in China and are not to be confused with Redmi Note 11T released in version Overseas hubs some time ago.

Redmi Note 11T Pro Series: everything you need to know

Let's start immediately that the new mid-range series consists of two models, that is Redmi Note 11T Pro e Notes 11T Pro +: these terminals have already appeared in the TENAA database (with the initials 22041216C and 22041216UC) and have been the protagonists of numerous rumors. Turning to the facts, the design totally changes style compared to the models in the Note 11 range. The look makes the new smartphones closer to OPPO, Realme and OnePlus, with a rectangular photographic module, with rounded corners. The dimensions are 163.64x74.29x8.9mm, there is certification IP53 and a protective Gorilla Glass.

The display is the same for both smartphones, i.e. one unit IPS LCD da 6.6" Full HD + (2460 x 1080 pixels), 20.5: 9, HDR 10, Dolby Vision, refresh rate a 144 Hz and touch sampling a 270 Hz. Xiaomi also presented its technology DC Dimming for LCD, useful for eliminating panel flicker at low brightness levels. The panel, made with LTPS technology, has already been certified DisplayMate A +: This is the first LCD solution to do so.

Returning to the design, in addition to the Midnight Black, Atomic Silver and Time Blue colors, Xiaomi also announced a special themed version of Redmi Note 11T Pro + astroboy (with a particular back cover, a dedicated case and a thoughtful packaging and following the best practices).

Le technical specifications of Redmi Note 11T Pro and Note 11T Pro + are mainly based on MediaTek solutions. Xiaomi talked about a series equipped with high level performance: the letter T in fact it stands for the word Turbo. Both the base model 11T Pro and the big brother Pro +, are equipped with the powerful Dimensity 8100. One of the juiciest news certainly concerns the storage, which goes as far as 512 GB in the case of the Pro + version; Still on the subject of memories, there is no shortage of various cuts of LPDDR5 RAM. As for the software, we find Android 12 in the form of MIUI 13. Then we have the support NFC3.0, GPS, a 3,5mm mini jack input, Wi-Fi 6 e Bluetooth 5.3.

On the autonomy side there are batteries from 5.080 mAh and 4.400 mAh, respectively for the 11T Pro model and the big brother 11T Pro +. For the charging speeds we have 67W and well 120W; in addition, the presence of the chip dedicated to the battery has been confirmed for the Pro + model Surge P1, the same that we find on the top of the range such as Xiaomi 12 Pro. The liquid cooling system with vapor chamber covers a large surface and allows to keep temperatures always low.

Turning to I share photographic, Redmi Note 11T Pro and Pro + adopt a Samsung ISOCELL GW1 sensor from 64 MP (f / 1.9), accompanied by an 8MP wide angle and a 2MP macro lens. The selfie camera is a 16 MP module. Summing up, the only differences between the two smartphones concern battery / charging while everything else is unchanged.