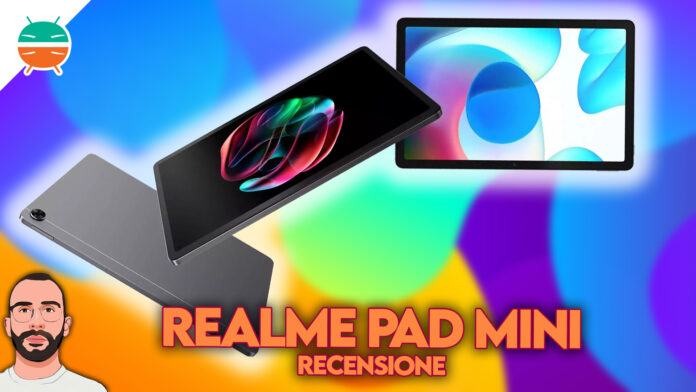 By now you know, if you follow us assiduously, my thoughts on tablets: if until a year ago it was a segment that was almost ending in oblivion, today it has returned to be useful on many fronts, from the work sector to the educational and scholastic one.

The news launched by the producers, therefore, have increased in recent months, and there are not a few noteworthy products: how to forget the Xiaomi Pad which has reopened the world of Android tablets, or OPPO which has officially entered this world but also Realme which has launched an interesting product, to which another is added: Realme Pad Mini is the novelty of this 2022, a compact product with high potential.

If there is one thing that hits at first glance, that is undoubtedly the design. Let's be clear: nothing exclusive and original, but seeing such maniacal care and premium materials in this price range definitely always has a certain effect.

Il Realme tablet it is made entirely of aluminum: the color is blue, but there are also others a little more traditional. The classic touch matte finishes of the aluminum cases are excellent: the tablet is solid and on the construction front, as usual, I can only congratulate Realme for its usual reliability.

From the front, however, the WOW effect that you have initially vanishes a little: of course, the frames are quite small on the two long sides, but unfortunately they are asymmetrical and a little out of tune with the whole context. Too bad, half a wasted opportunity.

The best part, however, certainly lies in the size: 211.8 x 124.5 x 7.6 mm for about 372 grams of weight, this means perfect handling and excellent ease of use even with one hand. The dimensions, absurdly, are a few cm different from my iPhone, which means that the tab can also be kept in your pocket without too much difficulty.

As for the equipment of the tablet, I can tell you that on the left side the company has inserted the hybrid SIM / MicroSD slo, at the top a 3.5mm jack use over one of the two stereo speakers, at the bottom instead there is the microphone , the USB-C connector and the other speaker, while on the right side there are all the physical buttons, volume control and on and off.

I have to admit, I started a little excited and enthusiastic in this review, and maybe that's not really the case, I'll explain why. Often to make a product "cheap" one renounces first of all to the hardware, and then secondly to the aesthetic aspect: Realme it was smart, because it created an aesthetically striking device but practically a mediocre product, and the display is one of those things that immediately catches the eye.

Let's talk about a screen from 8.7 ″ inch IPS LCD matrix with resolution poco more than HD, then 800 1340 pixels x with an aspect ratio of 5: 3 and a pixel density of poco more than 179ppi, very low values ​​compared to the market average (but perfectly in line with the price range).

Beyond the frames issue highlighted poco ago, which may not bother everyone, the quality of this display, objectively, is not the best: the very low resolution is an obvious problem, to the point of noticing it directly in the edges of the launcher icons, undefined and of low quality, almost pixelate.

Furthermore, the color calibration tends slightly towards blue and is not perfect; a bit you can improve in the settings menu with a custom calibration, but don't expect miracles. Another unconvincing aspect are the viewing angles: given that the maximum brightness is not very high, but negligible because it still has good visibility under the sun, the viewing angles are not among the best seen on these products, and a little is a shame.

The main use of these products is multimedia: saving on the display, honestly, I do not find it a commercially sensible move but it is true that it is a product calibrated for a specific target of users, so I am willing to turn a blind eye. considering the whole situation.

The technical data sheet of the Realme Pad Mini, as you may have guessed, is rather basic and suitable for a more moderate than heavy use: under the body beats a Unisoc heart, in detail a Tiger T616 12nm Octa-Core SoC, with a Mali-G57 GPU, 4GB of RAM and 64GB of internal storage of type UFS 2.1. For clarity, Realme officially launches this Pad Mini on the European market in three versions: Wi-Fi 3 / 32GB, Wi-Fi 4 / 64GB and LTE 4 / 64GB.

Skip the details of the benchmarking or some prejudices about this hardware platform, we have to be honest: it is not a product capable of making numbers and grinding super performance, this is a fact. Instead, it is a balanced product for basic daily use: I am referring to tasks such as taking notes, reading ebooks, watching videos on some platform (not if you are a lover of 4K content and so on!) And nothing more.

Even playing is a bit difficult: the hardware does not allow you to play who knows how many games of Call of Duty or Fortnite, but simpler and lighter games create less problems and difficulties for you, guaranteed.

Here the speech I made before comes back to the surface: it is a balanced product for a specific user, and from personal experience I would recommend the purchase to very young guys struggling with their first experience in the tech field, or, perhaps, to users very advanced in age to whom their grandchildren are teaching the basics of technology or to read the Corriere directly on the tablet screen.

As for the software, then, the company is aiming for a slightly leaner version of the RealmeUI R Edition, also based on Android 11, with an update to version 12 already promised in the coming months; the system is almost stock, you will find all the apps included pre-installed YouTube Kids and Kids Space, an infrequent thing that testifies precisely how Realme's main target is an extremely young user (which explains, therefore, the reason for some renunciations).

In addition, compared to the traditional Realme UI that we are used to seeing on smartphones, there are missing options such as the expansion of the dynamic RAM, the customization of the icons and a few other goodies that have made the Realme UI one of my absolute favorites.

We know that the flagship feature of these products is never the camera, in the most absolute way: Realme Pad Mini has, precisely, a 8MP rear lens and 5MP front lens, both capable of making photos acceptable in everyday use.

The LED flash is missing, but often those found on tablets are so scarce that I wouldn't call this a defect. However, back to the quality, I can tell you that in good light conditions the shots are acceptable: they don't have very vivid colors and they always look rather flat, so to speak, but for on-the-fly or emergency shots they are definitely good.

Same goes for the front camera which is good for video calls and some sporadic selfies, the only condition is, as usual, to have good lighting to ensure that you are not grainy and out of focus. It is still possible to record FullHD video up to 30 fps, also here with a quality sufficient for the product itself but logically not comparable even to a low-end smartphone.

The battery inserted by Realme on this Pad Mini is a unit from 6400 mAh able to ensure over 10 hours of use with active screen without practically any difficulty; even the standby consumption is quite low, so if you use it a couple of hours a day you could recharge it only once a week without thinking too much about it.

Speaking of charging, Realme Pad Mini supports up to 18W maximum and is also compatible with the reverse charging function, definitely very useful given the great autonomy it has.

The time has come to take stock: without going around it too much, the introductory price is expensive, especially given the recent devaluations of the larger model. Realme Pad Mini has a list price that starts at 179,99 for the 3 / 32GB version up to 229,99 of the LTE 4 / 64GB version, but as usual the company has reserved a promotion of which you can find the details below for purchases made in the first days of launch.

Is this a device I would buy? Depends. Considering the limitations in the performance and display fields, as already mentioned during the course of the review, it is a tablet that I would recommend for a young target of children / teenagers or for anyone with no experience in the technological field, as their needs will never require. a super display or a super hardware platform.

In light of current prices, the larger variant of this remains cheaper Realme Pad often on offer at around 150 between Amazon and Ebay (follow GizDeals on Telegram for the news about it). 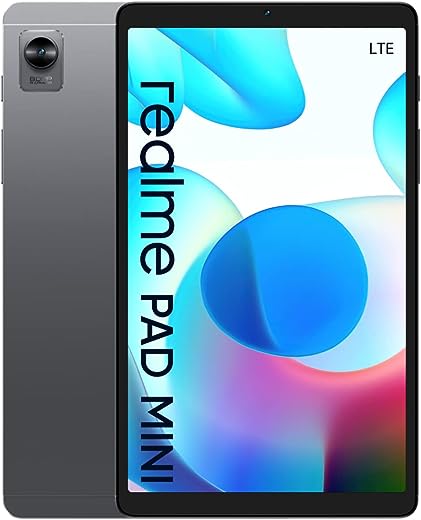 Motorola Frontier will be the first at 200 MP: now it's official