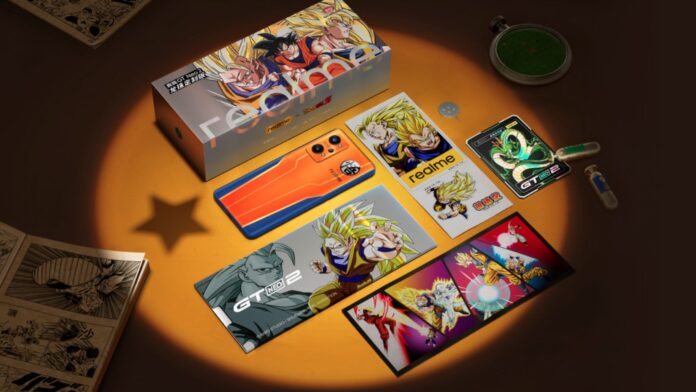 Some weeks ago we talked about of a possible OnePlus theme Naruto but, according to the latest rumors, the brand designated to launch such a smartphone is Realme. The company, in fact, seems to focus a lot on the hype generated by anime-themed products, also involving a possible new themed model Dragon Ball Z.

The first reference to these collaborations with the successful series Shonen Jump comes from China, where Xu Qi Chase, Vice President of Realme, spoke about an anime-themed product, pushing a lot for Naruto, coming soon. The rumors are distributed in two ways: there is a smartphone and there is a power bank. In fact, in the first case there could be a Realme GT Neo 3 Naruto Edition, while in the second a Realme Power Bank 3 Pro with the same theme, shown by OnLeaks over the past few hours.

Out of Middle Kingdom, the division Overseas hubs and, specifically, Europe is no exception. Indeed, Francis Wong, currently the newly elected CEO of Realme Europa, deliberately showed a post asking if fans would like a Realme GT Neo 3T theme Dragon Ball Z. This can only increase the expectations of fans, also because the GT Neo 2 with Goku's battle suit he made not only news, but also a lot of gluttony. Incidentally, this may have given us an important clue about how could it be the Neo 3T, which therefore comes close to being a reinterpretation of the aforementioned Neo 2.

In short, it seems that they will be very interesting weeks at Realme, which now focuses everything on younger users and attentive to the latest news, especially in terms of style.