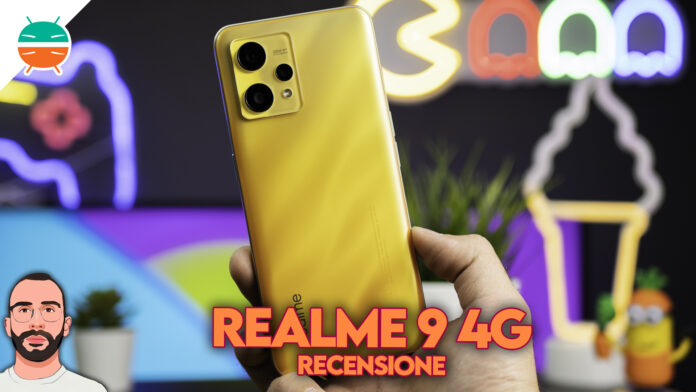 That Realme is one of the most important smartphone manufacturers of the moment, is now a fact: the Chinese company has recorded important numbers in the last period, due not only to the goodness of the products but also by the variety of devices presented, practically in able to satisfy any need of the most diverse types of users.

Probably, to date, the situation is starting to get a bit confusing with the large number of models that Realme presented in recent months, so let's try to see each other more clearly: today we talk about Realme 9 4G, mid-range smartphone that is not alone in this segment. I'll explain how it goes, and why choose it.

Realme 9 4G has a design that, broadly speaking, practically recalls the line-up of devices from 9 series we have already talked about in the past few weeks (see the 9 Pro or the 9 Pro +), so I am pleased to renew the words spent for those two models: it is an elegant smartphone, with beautiful lines and available in multiple colors, some more traditional such as black or white with shiny finishes, others more youthful with smooth finishes to the touch like this yellow one in my possession.

And incidentally, finally the press office sends me some more daring colors even if on this model the company has abandoned the back cover that changes color when exposed to UV rays.

Le dimensions they are equal to 160,2 × 73,3 × 7,99 mm and the weight is 178 grams, a perfect smartphone to use with one hand thanks also to the slightly rounded rear edges; the back cover here is made of plastic and not glass, but the finishes could also deceive you because it is built in an impeccable way and is elegant at the right point.

For the rest there is well poco to object: Realme she is confirmed to be attentive to stylistic choices without neglecting absolutely any aspect. On the other hand, it is a rather young brand and we know how much the target of younger users is attentive to particular colors and finishes of a certain type.

As for the arrangement of the elements, on the right there is the power button while on the left the buttons for adjusting the volume and the SIM cart, which allows memory expansion via MicroSD; another rarity for nowadays we find it on the bottom of the device, or the 3.5mm input for the headphones flanked by the USB-C connector and the speaker, only mono.

I didn't really like the speaker: not so much for the quality which, mind you, is good as for the somewhat annoying vibrations you get when there is a slightly higher volume.

The screen present on this Realme 9 4G is a unit AMOLED da 6.4 ″ inch FullHD + with support for an update rate not higher than 90Hz, perhaps a shame because in the same price range there are devices with refresh rates up to 120Hz.

Leaving aside this aspect, I personally am convinced that Realme in this latest generation of smartphones has made great strides on the display front: the panels have really beautiful colors, with perfect calibration and excellent viewing angles. The company's software also allows a good degree of color customization for more accustomed users, but most likely won't feel the need.

Not particularly convincing, on the other hand, the update frequency which, in practical terms, does not seem to give me that extra sprint that one expects to see from smartphones with this peculiarity. In addition, the classic is also present under the display biometric sensor for the release that joins the one through the face: the accuracy is good, the speed is average.

A little bit of a bitterness in the mouth this smartphone leaves it with the hardware compartment: to tell the truth this year it has often happened that many smartphones came out with particular hardware platforms, so to speak, in some variants on the other hand we have also seen it with Xiaomi and POCO, so it doesn't surprise me.

On board this Realme 9 4G the company has decided to include a CPU from Qualcomm, lo Snapdragon 680 Octa-Core with an Adreno 610 GPU, 6 or 8GB of LPDDR4X RAM memory (expandable with an extra 5GB of virtual ram) and 2.1GB UFS 128 storage expandable up to an additional 256GB via MicroSD: in short, a hardware that is not expected in this price range , but I think I've come to the conclusion that in this 2022 it will be better to buy a 2021 smartphone (with a good street price!) than new generation products.

Leaving this premise aside, it does not seem appropriate to talk about poor performance: this Realme 9 4G, despite the not first-class hardware, manages to work well in any daily context and also allows us to play the heaviest titles without too many. waivers. Call of Duty, for example, turn to medium graphic details with a constant framerate between 55 and 60 fps, values ​​common even with higher-end smartphones.

There is some lag in the interface, I do not want to hide it from you: it does not influence the experience of daily use that much, but it is right that you know that if you come from better performing smartphones, here you could find some slowdown.

In terms of photographic equipment this Realme it is definitely interesting, even if I have some doubts in mind that I will tell you in a while. Having said that, about this Realm 9 we find a main lens from 108MP f / 1.8, followed by a ultrawide 8MP f / 2.2 and a 2MP f / 2.4 macro lens; to complete the equipment there is the selfie lens which is 16MP with f / 2.5 aperture.

Before I tell you how he takes the photos I would just like to talk about the issue of 108MP: from the technical data sheet this processor supports cameras up to a maximum resolution of 64MP, and this is in contrast with what the company declares regarding its device. Add to this the fact that 108MP shots are practically identical to those in traditional photography mode, I personally would think that it is simply a move of marketing, and nothing more.

Leaving aside this digression, I can tell you that the shots made by this Realme 9 4G they are very respectable when there is good lighting to be the host: in that case the photos have some excellent colors, vivid and well calibrated. Personally I would have liked an ultrawide camera of a higher level, as even during the day the 8MP unit present here fails to satisfy at all, and this is a shame because I don't expect it from Realme.

Di notte the situation follows the same dynamics of the daytime shots: an adequately lit scene is captured without any problem by the Realme smartphone that manages to balance the colors in a rather realistic way even in quite complicated scenes with a mix of warm and cold lights.

Only acceptable, however, is the selfie camera both day and night, with a not very high definition but certainly adequate for the price range. THE videofinally, they are made in FullHD to 30fps: it can be said that the quality is sufficient and that the focus is fast depending on the objects you choose to shoot, but unfortunately the stabilization is nothing exceptional.

Lately a recurring feature of Realme smartphones that inevitably leads me to speak well of them is the software. Personally, I look with esteem at Realme's work with his RealmeUI 3.0, especially on medium-low range smartphones like these, where the company does not save in terms of development and releases, however, the latest version of Android.

On this Realme 9 G4, not surprisingly, we find the Realme UI 3.0, Android 12 and security patches updated in early April, so definitely in step with the times. There is nothing to complain about except some small lag that I have already mentioned before: for the rest, we know this ROM well. Incidentally, Widevine L1 certifications are present.

Realme 9 4G on the battery front can let you sleep on seven pillows, guaranteed. The company opted for one battery from 5000 mAh which, among other things, supports fast charging up to 33W (with power supply included in the package) and guarantees overall autonomy which, with less stressful uses, can go up to about a day and a half of use.

The hardware platform it is equipped with, combined with the well-optimized Realme software, allows excellent battery management that never goes below a full day of use, even with more stressful uses. However, to achieve these results Realme has opted for a rather aggressive battery management which, at times, could block or slow down the reception of some types of notifications and stop applications in the background.

Now, having said that, does it make sense to buy this product or is it better in the same price range? At the time of writing this review, the device that I could recommend with my eyes closed, always to stay on Realme, is definitely the 9i which has a street price ranging from 170 to 200 euros and shares almost all of the technical data sheet with this Realme 94G. , with the exception of the photographic sector.

What if you want to stay within the same budget, that is about € 300? Well, Realme 9 Pro or 9 Pro +, already released a few months ago, have a much more advantageous price. What about guys, play your game. 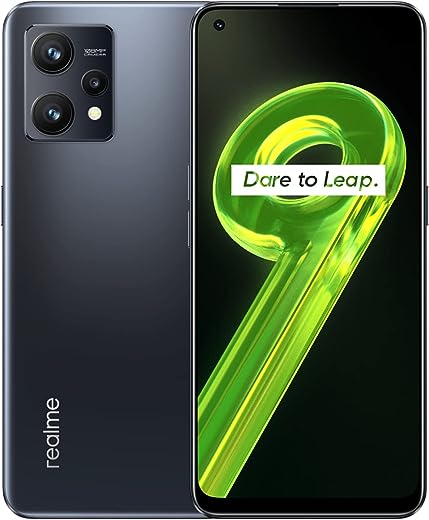