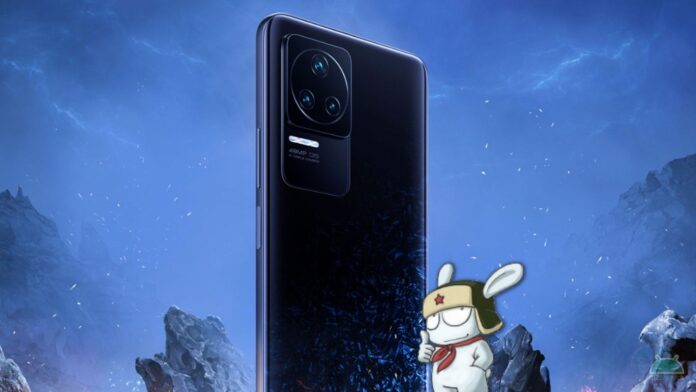 In addition to the top-of-the-range F4 series, POCO X4 GT will represent the new exponent for the medium / high range of the Xiaomi sub-brand, together with the unpublished POCO X4 GT +. So far we have seen the official presentation of POCO X4 Pro, but the GT variant will also accompany it. A variant designed to give vent to performance, with an eye to the quality of performance offered in gaming.

Upgrade 19 / 05: a leaker reveals the complete technical data sheet of POCO X4 GT. Find all the details in the article.

POCO X4 GT and GT + are about to arrive, but we have already got to know them

Although it looks like a new model, POCO X4 GT it should be a rebrand for the Global market of Chinese Redmi K50. The abbreviation of the registered device POCO is 22041216G, the same for Redmi Note 11T Pro (22041216C). In short, whatever the final configuration is, it really pulls the air of a rebrand.

We do not have official images of the smartphone yet, but based on this hypothesis we can imagine how it will be done (taking into account what we know about the K50 model). On the rear, the photographic module should stand out, placed at the top left with a double step compared to the body.

On the front, however, there would be a screen LCD da 6,6 "Full HD + with refresh rate a 144 Hz and Gorilla Glass Victus protection. Having no OLED technology, the fingerprint reader would be integrated into the side power button. All in a certified body IP53 and dimensions equal to 163,1 x 76,2 x 8,5 mm for a weight of 201 grams.

To supply energy to all these elements there would be a battery from 5.000 mAh with quick charge a 67W on X4 GT and from 120W on the X4 GT +. For connectivity, 5G dual SIM support, Wi-Fi 6, Bluetooth 5.3, NFC, IR port and GPS / A-GPS / GLONASS / Galileo / QZSS / BeiDou are provided, and there would be an X-Axis linear vibration motor.

For the multimedia sector, POCO X4 GT would have a triple camera from 48 + 8 + 2 MP with OIS and sensors wide-angle lens to 119 ° e macro, as well as a selfie camera from 20 MP. There would also be a couple of stereo speaker JBL with Dolby Atmos, but nothing to do for the mini-jack input.

We don't have an official date yet for the submission of POCO X4 GT and X4 GT +: considering that last POCO X3 GT was presented in July 2021, it is possible that the event will be held insummer 2022. Meanwhile, the basic model POCO X4 GT was spotted in one new certificazione with both the commercial name and its initials (22041216G). Even if the presentation date is missing, it is clear that the debut è definitely close.

No information also for the price: we know those of Redmi K50, but being a Chinese model it would not make sense to convert them 1: 1 on the Global market.

Motorola Frontier will be the first at 200 MP: now it's official