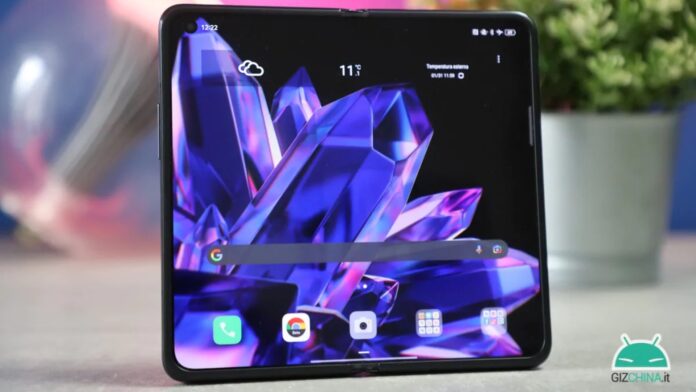 In the era when i folding are gradually becoming an increasingly present product, it is not difficult to hear about a branded model OnePlus. The latest rumor brings us not only the possible release period, but also the possibility that there is more than one.

A new leak sees the OnePlus foldable next year: will there also be a Flip?

To talk about the possibility of the arrival of the folding di OnePlus, as well as the previous ones confirmations and indiscretions, is Max jambor, a leaker very attentive to the events of the brand controlled by OPPO, who presents us with a post on Twitter yes cryptic but in some ways clear as it shows a fold between the words OnePlus e 2023. That's right, next year could be the right one for the debut of this form factor. Another insider then points to the possibility of seeing them in the second half next year.

However, what has not escaped the insiders is that actually there may not be only one folding OnePlus. To confirm this a PhoneArena (which you find in the source) is the same Jambor who talks about multiple models, but how could they get there? The first is not excluded may be a rebrand of theOPPO Find N, if we really wanted to follow the current philosophy of OnePlus, with the possibility of also seeing a flip phone to follow, since among other things could launch it also OPPO itself.

In short, OnePlus is preparing to enter a market that is as complex as it is gradually more accessible. And if it were to present it at competitive prices, it is not excluded that it could give a shock to the sector that has not yet fully taken off but which is tempting.