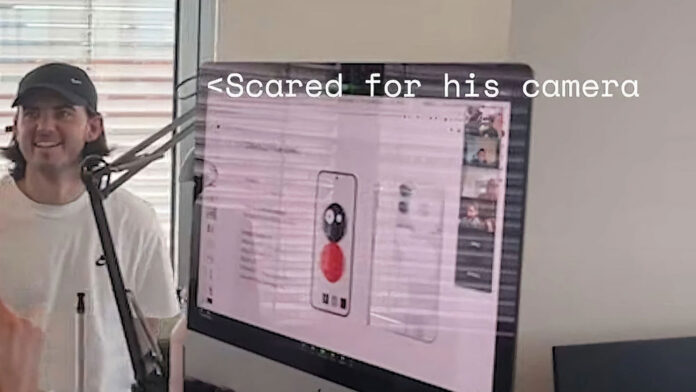 Ever since Carl Pei's first announcement, one wonders what the aesthetics of Nothing Phone (1). If you follow the smartphone landscape, you have probably noticed that very often phones are lacking in terms of design. With some exceptions, there are countless smartphones that tend to resume (or even worse copy) what others have done. But according to the claims of Nothing, this is a trend that the newborn company does not want to own, quite the contrary. As reiterated on several occasions by the management, the design of Nothing Phone (1) will be much more original than the average smartphone in circulation.

Recently, there has been talk of Nothing Phone (1) as a smartphone from the transparent body, which will also serve a enhance the internal components. We have already seen it with the Nothing Ear (1), headphones that are also transparent and undoubtedly different from most headphones in the world. The company focuses a lot on design, and this can be seen not only from the you mock your rivals, but also and above all from having hired industry experts from companies such as Dyson and Teenage Engineering.

In the latest video published on the official YouTube channel of Nothing, it is the head of the design team Tom Howard who talks to us about Nothing Phone (1), among various inspirations and ideas. But it didn't take long before someone spotted something unusual, because in the video there was a short clip of a screen showing what is very likely Nothing Phone (1). I say "there was" because the clip was removed from the video, but now the screenshots are easily traceable on the various social networks. However, it wouldn't surprise me if Nothing did it on purpose, carrying on the hype machine much loved by Carl Pei.

What you see above is a zoom on what Nothing Phone (1) should be; unfortunately the poor image quality does not allow us to see much, even if there are some details worthy of analysis. First of all, in the front we can see the Nothing Launcher in action (have you seen my proof?), with a background that seems to reflect the circularity of the rear photographic module. It goes without saying that even here we will have one punch-hole screen with central camera selfie, with symmetrical frames at least in appearance.

It is much more difficult to analyze the rear part, due to the few details available. We see that what appears to be one double camera, departing from the often criticized choice of inserting three or more sensors but of which only two are actually functional (i.e. primary and wide angle). Nothing may have opted for the use of two sensors also to contain production costs, however much previous leaks mention a triple camera.

Meanwhile the Ben Geskin design shows us what Nothing Phone (1) could look like, we remind you that we already know the date and price of the first smartphone of Carl Pei's post-OnePlus adventure.

Will Xiaomi say goodbye to LCD displays? Here is the clue