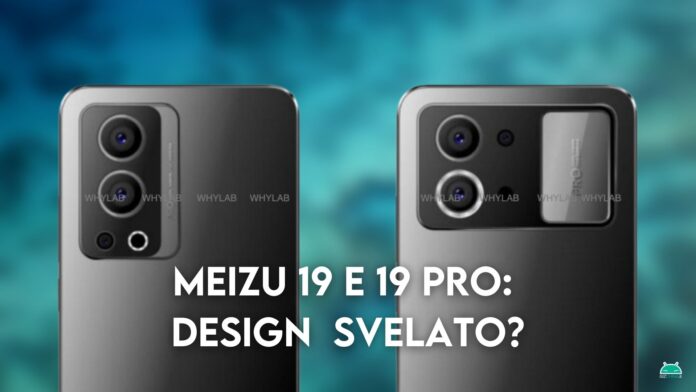 In the telephony industry, the biggest mystery for 2022 is definitely around Meizu and possible models 19 e 19 Pro. The two smartphones still seem to be in the pipeline and to date there are no real news, but a new one patent ignites the interest of the insiders, who try to explain how things stand.

Meizu 19 and 19 Pro: the possible design in a patent and with a short-term release according to a leak

What do we know new for Meizu 19 e 19 Pro? Meeting there comes the team of insiders WHYLAB, who posted a patent applied for by the brand in question where two smartphone designs were shown. And, although there is nothing official, everything could lead to thinking about the new Meizu flagships.

But how are these two smartphones made? The first, probably Meizu 19, it is not far from 18 models e 18s, but also looks at the current trend by adopting a Deco-style camera bumper, as Redmi did with the Notes 11T. The sensors provided would be three, with the iconic Circular LED flash down. And what about the Pro model? Here we have a major restyling, since a bumper extended to the entire upper part is adopted, bearing the wording Pro, in addition to having 4 camera sensors. The circular LED flash in this case is placed around one of the two main sensors.

But if we have these two renders published by Meizu, why is it so difficult to see them presented? The idea is that the possible acquisition by Geely is still standing, but has not fully materialized. However, a leak seems to come to our rescue Digital Chat Station, which says that we have no news of Meizu with Snapdragon 8+ Gen1 aboard its smartphones because in reality the terminals would be ready and therefore with previous chipsets. In short, it seems that we won't have to wait long to see them at work again.