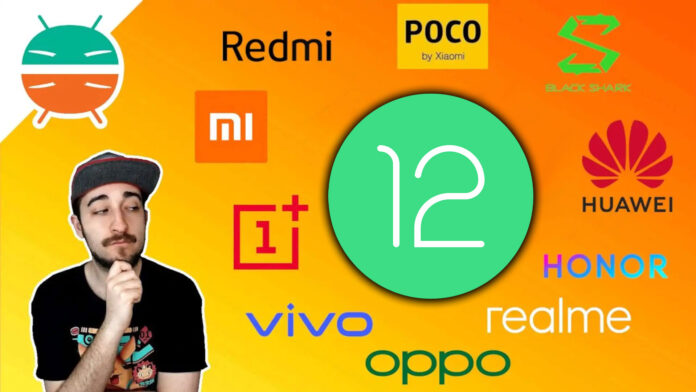 In the eternal debate with Apple, one of the main flaws that is pointed out to Android is the low frequency of updates. Being a system confined to a few devices, iOS is able to update itself longer and on a much larger percentage of models. In contrast, the open source nature of Android means that many companies use it in their own way on their phones, creating a vast fragmentation of the operating system. Also because each company has its own update policy and there are those who tend to update more and those less. If you have wondered what is the manufacturer that updates di più to subsequent releases of Android, you are in the right place: with this article you will have an answer.

Who updates the most? Comparison of the main Android smartphone companies

Given the delicacy of the subject, however, it is necessary to make some premise. The first concerns the list of producers that we have considered, with a focus on the more typically Asian panorama. This means that you find in the list Xiaomi, Redmi, POCO, Black Shark, Huawei, Honor, OnePlus, OPPO, Realme e live. However, to give you a more complete overview, we have also decided to include Samsung, Nokia e Motorola, three of the most typically "Western" major companies. We have not included other brands such as Sony due to the lack of diffusion on the market, as well as other companies poco present such as Nubia, Red Magic, Meizu, ZTE and so on.

The other premise concerns the timing analyzed. Since we are in 2021 and a new version of Android comes out a year, we have included the models released from today to 2017. from Android 6 Marshmallow up to Android 12, but we will keep this article updated over time. While it hasn't been released on a large scale yet, we still kept Android 12 and related manufacturer roadmaps in mind. We also premise that the analysis concerns only the updates of the Android version and not those of the proprietary interfaces (MIUI, OxygenOS and so on).

The last premise concerns the accuracy of the data. We have not included any model, excluding special variants or variants limited to small geographical areas. Furthermore, especially for some brands that produce many models (especially low-cost ones), sometimes it is not easy to know if a specific model of low diffusion has actually been updated. In this case, we invite you to report possible errors, but we guarantee that the evaluations would not undergo any particular changes.

Where the average of the major updates of a given brand is not reported, it is because there is not enough history to draw up one.

First off: actually, how long does Apple update its iPhones? Taking into consideration the latest iOS 14 major update, the list of compatible models goes back to iPhone 6s and 6s Plus. Having been launched in 2015 with iOS 9 on board, we can say that Apple currently offers 5 major update. Keep this number in mind, because now you will understand why iOS users always point out this difference.

Let's start with Xiaomi, one of the most prolific manufacturers in both Asia and Europe. And it is one of the companies that most relies on its MIUI interface, frequently updated and on many models from multiple generations. However, it is necessary to distinguish between the parent company and the various sub-brands, whose software management takes place in a diversified manner. Xiaomi has almost always insured 2 major update is preferably used for premium and medium / high range, except for a few models here and there. These two updates are guaranteed for the top models but not for the variants marketed on a smaller scale (such as Mi MIX 3 5G or Mi 6X). It can also be seen how, since Xiaomi also entered the western market, the gestation of updates has improved.

As anticipated, Redmi is part of Xiaomi, but is dedicated to different market segments. Xiaomi focuses on the most premium products, while Redmi packs the cheapest (and best-selling) products. With the exception of the high-end K series, all other models do not go beyond the single major update, a mole does not give poco when you consider that the Redmi Note series represents a large chunk of the global Android market. For this I wrote an editorial about it, explaining why Redmi should adapt differently, even if Xiaomi is trying to improve. Fortunately, even the entry-level range is not forgotten, almost always guaranteeing a major update.

It is difficult to give a true rating to the frequency of updates of POCO, given the few models in the catalog. Furthermore, most of the models are rebrands of Xiaomi and Redmi phones already in circulation. However, let's take stock of the situation. We will talk about it later, when there will be a more concrete history on which to base.

Of all the Xiaomi sub-brands, Black Shark is undoubtedly the most "unfortunate" in terms of updates. Not only is the JoyUI much less updated than the MIUI, but the Android version is also not treated better. It is still early to say, but a top of the range like the first Black Shark stopped with just one major update. We will see if over time this branch of Xiaomi will improve or if this negative trend will be confirmed.

If already before the management of Android updates was not one of Huawei's strengths, with the US ban the situation has become decidedly complicated. No longer having Google services on its products, the company is focusing on HarmonyOS and related Huawei Mobile Services. The new fork of Android has taken the place of Android on Huawei terminals, so we do not rule out that it may progressively leave this list.

Since it was sold by the former Huawei parent company, Honor is reorganizing itself to return strongly to the mobile sector. For this, it will be necessary to understand how the new efforts will affect the management of updates. For the moment we only have a history based on the models released before the US ban.

With the advent of the Nord series, OnePlus has changed its update policy, confirming only one major update in the medium / low range. Also for the doubts arising from this change, the company has released one official policy which gives us a way to know the software treatment for their smartphones. Consequently, we know that i top of the range (from series 8 onwards) will have 3 major update, the end models medium / high 2 major update and those of the band medium / low 1 major update.

Contrary to most of the other manufacturers on this list, OPPO is (re) entering the western market and its update policy is adapting. And for the better, as evidenced by the different management now compared to a few years ago. In the long term we may have a clearer vision, but OPPO is proving that it can also support the medium / low ranges of its catalog for longer. And in fact the company has promised to guarantee 3 years of Android updates for its main smartphones.

As in the case of POCO, Realme has been around for a few years but has already proven to care a lot about the frequency of updates. We are not yet unbalanced in drawing up an average, but here is the updated situation to date.

Unlike OPPO, vivo operates mostly in Asia, although the debut in Europe changes the cards on the table with a greater reactivity of the updates. The refresh rate is comparable to OPPO, even if it has a much greater number of medium / low-end devices in the catalog. And as well as OPPO, vivo also stated that it will guarantee 3 years of Android updates for its top of the range.

Let's move on to the more "Western" companies, starting with Samsung. After years of mismanagement and criticism, the Korean company has greatly improved its update management. As announced with the launch of the S22 series, from 2021 onwards many smartphones will be able to enjoy 5 years of software support.

Although it is a historic brand, Nokia's Android work began not too many years ago. Right from the start, the company has chosen to focus on the marketing of models intended for the medium / low range and equipped with stock software, often Android One and Android Go. Having a few models pays off from the point of view of the quantity of updates, similarly to OnePlus , as far as they are guaranteed not 3 but 2 major update. The advantage, compared to other realities, is that these 2 are guaranteed even for the less expensive models.

We conclude with Motorola, another historical name in the world of telephony. Like Nokia, it has joined the decision to adopt stock Android, except for some minor customizations. Despite this, in this list it is the manufacturer who updates the least its models, whether high-end or low-end.

Launched in 2014, the purpose of the Android One program is to allow manufacturers to adopt the stock version of Android, putting aside your own customizations. This has been welcomed by buyers who prefer the pure soul of Google's mobile OS. Also because this favors a greater quantity of updates, especially for medium / low-end devices and destined for emerging countries.

Among the companies under analysis we have Xiaomi, Nokia e Motorola and we can see how Android One basically means 1/2 major release of Android. The only drawback concerns Xiaomi, whose management of the updates of the Mi A series has proved to be fallacious over and over again. Not surprisingly, the company has almost confirmed that will abandon the project.

Most recently announced in 2017, Android Go can be considered a weakened version of Android One. The concept is the same: to offer manufacturers a stock version of Android but in this case designed for entry-level devices. Fewer functions and lighter apps, thus helping the spread of smartphones with little RAM and internal memory.

Among the companies under analysis, we have Xiaomi, Samsung, Nokia e Motorola. Contrary to Android One, however, here major updates are by no means guaranteed. With one exception, an Android Go smartphone is born and dies with that particular Android release.