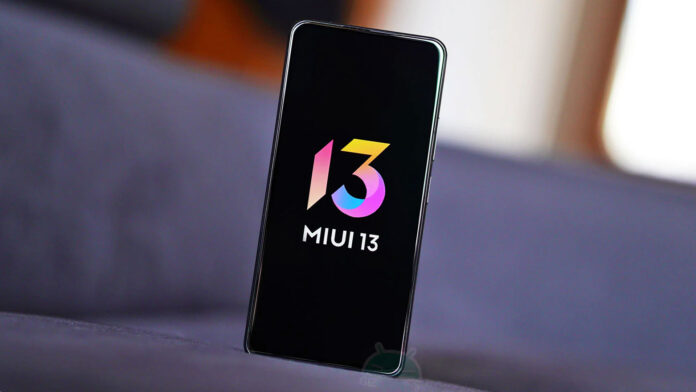 Months after the official announcement, there are still Xiaomi, Redmi and POCO who complain that they have not yet received the MIUI 13. Recently, the software development team announced what the next models will be which will receive the major update. However, even if a particular model is receiving the update, it does not necessarily mean that it is reaching all its owners. We have already discussed what may be the reasons so the update is slow in coming, but it doesn't stop there.

Before complaining that Xiaomi is not sending you the update to MIUI 13, it is necessary to analyze one aspect: what firmware is there on your smartphone? As already explained in detail in this vademecum, there are various versions of MIUI and the timing of the release of an update also depends on this. Particularly if you own one brandizzato smartphone, perhaps the worst case when it comes to update speed.

For the uninitiated, the branded smartphone is a smartphone that is sold in collaboration with telephone operators. In this specific case, Xiaomi Italia collaborates with companies such as TIM, Vodafone and Wind 3: in this way, in their respective stores (physical and digital) it is possible to buy smartphones in installments with attached telephone offers. However, this means that the software on board the smartphone is not the same as the models sold without branding.

How to recognize if a Xiaomi smartphone is branded

If you have purchased a Xiaomi, Redmi or POCO through operators such as Vodafone, TIM or Wind 3, there are few doubts about it. But if you want to confirm this, here's how to check if a phone is branded: open the Settings, click on "System info"And then consult the line"MIUI version".

The part that interests us is the final part, which in my example is "SKFEUXM". How do I have you previously explained, these letters have a meaning and we can break them down into S-KF-EU-XM. "S"Stands for the Android version (in this case Android 12),"KF"Is the unique code for each model (Redmi Note 10 Pro), while the final"XM”Stands for Xiaomi and is always the same for everyone.

How to debrand a Xiaomi phone

The "offending" part is the third syllable, which on my model is marked as "EU”Because my phone is equipped with an official EEA ROM, ie Europe. If the ROM had been Chinese there would have been "CN", While if Global"MI". Instead, if the smartphone were branded, instead of this syllable there would be "VF”Se Vodafone, "TI”Se TIM or "HG”Se Wind 3. If your phone has one of these syllables, then it means that you have a branded smartphone and this is one of the reasons (if not the main one) why the update to MIUI 13 is slow in coming. At this point, there are two options: either wait or perform the debrandization of the smartphone.