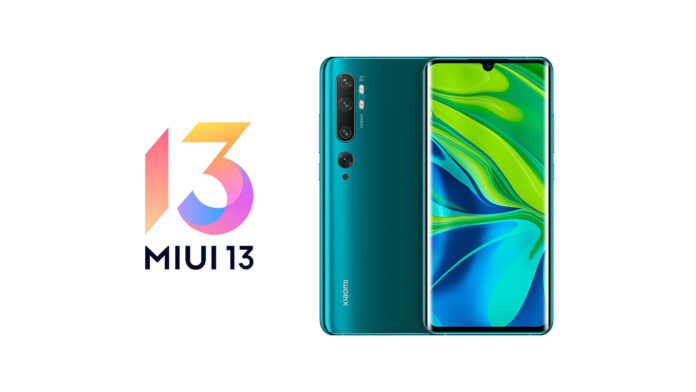 Despite the bad news related to Android 12, the update to MIUI 13 is coming up Xiaomi Mi Note 10 e Mi Notes 10 Pro. News that might be strange to some, given that the Lite model received the latest version of android. However, we remind you that the Mi Note 10 series was launched on the market at the end of 2019, with software based on Android 9 and MIUI 11. And as we know, the Xiaomi updates policy provides only two major updates for medium / high-end models that are not top of the range.

Upgrade 24 / 04: the update has also started in Europe. Find all the details at the end of the article.

Putting aside the problem related to Android 12, the update to MIUI 13 for Xiaomi Mi Note 10/10 Pro is the one for the MIUI 13 Global. The build that is being rolled out is V13.0.1.0.RFDMIXM, however, hold back the enthusiasm. This is because the update is still pending Stable Beta, that is, intended only for beta testers who are part of the Mi Pilot program. When no noteworthy bugs are found, then the same ROM will be released publicly.

A few days later, the update that brings the MIUI 13 on Xiaomi Mi Note 10 and 10 Pro is also arriving in Europe. And it does so on a permanent basis, thus skipping the Stable Beta phase for the Mi Pilots. The build is V13.0.1.0.RFDEUXM (so no, no Android 12) and it should get there these days. If not, you can download and install the update (at your own risk):