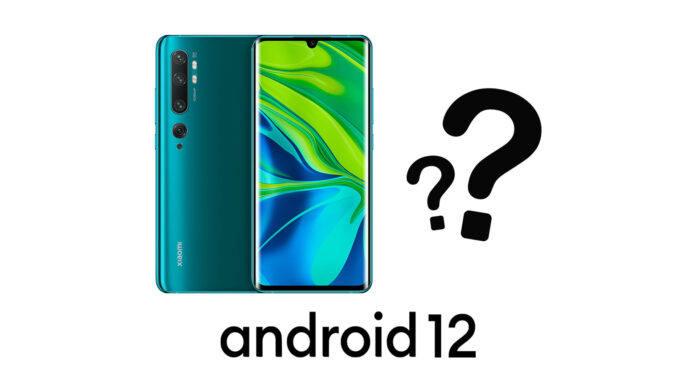 If you are among the owners of Xiaomi Mi Note 10 (or its Pro model), you are most likely waiting for the ad update to arrive Android 12. On the other hand, the company is releasing the major update on many of the smartphones in its catalog, in combination with the update to the latest version of the MIUI 13. Not to mention that this update has even come up Xiaomi MiNote 10 Lite, lower model of the Note series. So it will also arrive on higher-end models, right?

Upgrade 04 / 04: new news confirms the hypothesis of the absence of Android 12 for Xiaomi Mi Note 10. You can find it at the end of the article.

Unfortunately it seems that the update to Android 12 may never arrive on Xiaomi Mi Note 10 and 10 Pro. We already have a first clue on the story from the fact that the update has arrived on the Lite model. However, we are talking about two smartphones that are part of two different "generations": the standard model arrived at the end of 2019, while the Lite model arrived in spring 2020. An important distinction, especially if you take into consideration what is the updates policy held by Xiaomi.

I say this because this time difference meant that the Xiaomi Mi Note 10 and 10 Pro came out with Android 9, while Mi Note 10 Lite with Android 10. Consequently, it is very difficult (if not impossible) for Xiaomi to go so far as to release three major updates for a non-high-end model.

Unlike the Android version, they both came out with MIUI 11 and this means that the MIUI 13 will arrive (and should be the last major MIUI update). However, on Mi Note 10 Lite it will be based on Android 12, while on Mi Note 10 on Android 11 with build V13.0.1.0.

As we wanted to prove: the official update to the MIUI 13 for Xiaomi Mi Note 10 it will do, but without Android 12. For the moment, the update has not yet arrived directly on Mi Note 10 and Mi Note 10 Pro, but it did on their Asian counterpart. I mean Xiaomi Mi CC9 Pro, which in these hours it is updating to V13.0.1.0.RFDCNXM. And as it teaches us this vademecum, the abbreviation “RFDCNXM” means that the update is based on Android 11 "R", otherwise it would have been abbreviated "SFDCNXM", with the "S" standing for Android 12 "S".