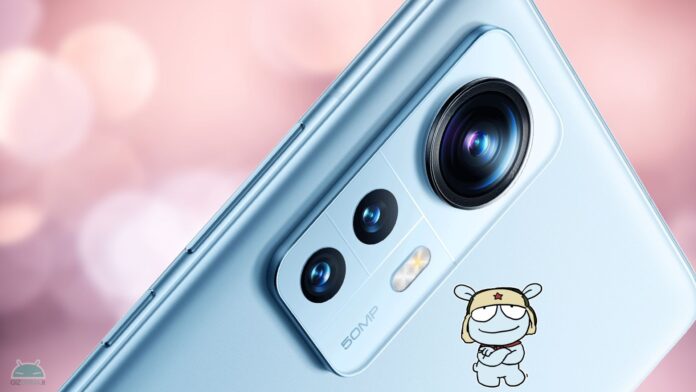 After the debut of the models of the 12 series, also in Italy, we also speak of Xiaomi 12Lite, the "little one" of the family, and in this study we will try to collect all the information on the device, including leaks and official confirmations (although for the moment everything is still in progress) on technical specifications, price and market release.

27 / 04 Update: we return to talk about Xiaomi 12 Lite, with some live images (alleged). Find all the news directly in the article.

Xiaomi 12 Lite: everything we know so far

As anticipated also at the beginning, at the moment everything is still very nebulous: Xiaomi 12Lite was the protagonist of various indiscretions. He was spotted in the EEC certification (relating to Eastern Europe) with the initials 2203129G, peeped up Geekbench and also at the FCC, becoming more and more real.

Over the weeks, many rumors and various certifications have arrived regarding Xiaomi 12 Lite, outlining its characteristics. The device should adopt a display from 6.55" Full HD +, a unit AMOLED with refresh rate a 120 Hz, an integrated ID sensor and a protective Gorilla Glass (maybe Victus?). The design seems to follow the same style of the older brothers, so as not to create "gaps" in terms of look, at least according to what can be seen from the alleged live images popped up on the net.

The Indian leaker Yogesh Brar effectively takes stock of the situation on the alleged technical specifications of Xiaomi 12 Lite. The heart of the terminal would be it Snapdragon 778G (practically the same seen on board of the current 11 Lite 5G NE model), with 6/8 GB of RAM and 128/256 GB of storage, all powered by a 4.500 mAh battery with fast charging from 67W. The picture is then closed with a triple camera from 64 + 8 + 5 MP with a sensor Samsung ISOCELL GW3 equipped with stabilization OIS, wide angle and macro; the selfie camera would be a unit 32 MP. On the software side there will be Android 12 and the MIUI 13.

We report that an alleged live image published on Chinese social networks shows the presence of a main camera from 108 MP.

Based on previous certifications it seems that we should have two devices for the Global market even if we do not know which ones and how many will arrive in Europe.

We should have it Xiaomi 12Lite standard, codenamed L9 2203129G "taoyao". It would be the device we have talked about so far.

Then there would also be it Xiaomi 12 Lite Zoom, signed L9B 2203129BC "zijin". The name reminds us of the fu Mi 10 Lite Zoom: if on the one hand we should have the same specific views poco above, the photographic sector would be better. In fact, the macro sensor would give way to a telephoto, but it is not specified whether it is a traditional or periscope module. Obviously these are details to be taken with due precautions.

The release period of the alleged Xiaomi 12 Lite has not yet been specified but according to various rumors it should arrive during Q2 2022, perhaps just for the month of May.

Obviously it is good to take everything as simple indiscretions: as soon as there are other details we will update this article with all the news. Meanwhile, if you want to know everything about Xiaomi 12, here you will find our dedicated in-depth analysis.

The Xiaomi Buds 3 headphones unmissable with this offer

The IMILAB IP Camera monitors the house and manages it with the ...