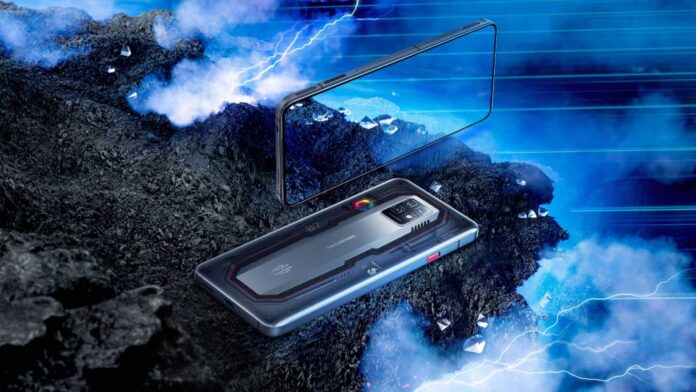 After a few months since the debut of the standard model (also protagonist of ours review), here we are finally ready to welcome Red magic 7 pro: the gaming flagship arrives in Italy and does so with a completely new look and - for the first time on board a device of its kind - with a camera directly integrated under the display!

Official Red Magic 7 Pro in Italy: all about the features and price of the new gaming phone

The first big news of Red magic 7 pro compared to the younger brother is represented by the look. The style is essentially identical, with the same futuristic and aggressive lines, but the Pro model adopts a redesigned camera. The module is squared, positioned in the center of the upper part of the body. It also changes style from the front, given the presence of the camera under the display; this contributes to having a greater optimizations of the frames.

The device offers two "colors": that Obsidian, with RGB LED lights positioned on the back, and the variant Supernova, characterized by a transparent cover that reveals the cooling fan.

For bare and raw specs, the top of the range offers a screen AMOLED da 6.8" with resolution Full HD + (2400 x 1080 pixels), refresh rate a 120 Hz and a sampling frequency of the touch a 920 Hz. Neither is missing a reader fingerprint under the display, nor two buttons touch; these are positioned along the right edge and offer greater responsiveness than the previous generation.

As we all know, Red Magic 7 Pro is the first gaming smartphone with a camera under the display: it is a 16 MP, perfectly integrated with a 7-layer panel. Also there is a chip dedicated specifically for UDC technology and is able to intelligently improve and optimize pixels. Then we have the technology "Ding Type Pixel Arrangement", an optimized pixel arrangement to improve the clarity of the UDC area display. While at the same time allowing more light through the display into the camera below the display for better selfies.

The heart of the gaming flagship is the Snapdragon 8 Gen1 by Qualcomm, accompanied by the independent chip Redcore 1: this Nubia solution is dedicated exclusively to gaming and to the management of functions related to the audio part, RGB lights and haptic feedback. The whole is powered by a 5.000 mAh with ultra-fast charging from 65W. For the software part we have Android 12, in the form of RedMagic OS 5.0 while to cool even the hottest spirits we have a 20.000 RPM fan and the ICE 9.0 liquid system with vapor chamber (and an even larger surface).

We conclude our overview with the photographic sector, consisting of a main sensor from 64 MP, for an wide angle 8 MP and one lens macro 2 MP. There is also Wi-Fi 6, BT 5.2, a mini jack input, NFC for payments and a dual speaker configuration.

The new Red Magic 7 Pro arrives in Italy through the official Global store and will be on sale at the price of €899 for the Supernova version from 16 / 512 GB and €799 for the Obsidian model from 16 / 256 GB. Marketing will start on April 27, 2022; there will also be an early bird offer starting from April 22nd. If you want to know more, take a look to the page dedicated to the device present in the Red Magic store.

In addition to the gaming smartphone, the Chinese company has also released a new X Mecha Design protective case, an even more resistant tempered glass and an external fan with RGB lights.

Mac mini with M1 drops at the best price on Amazon: the opportunity ...