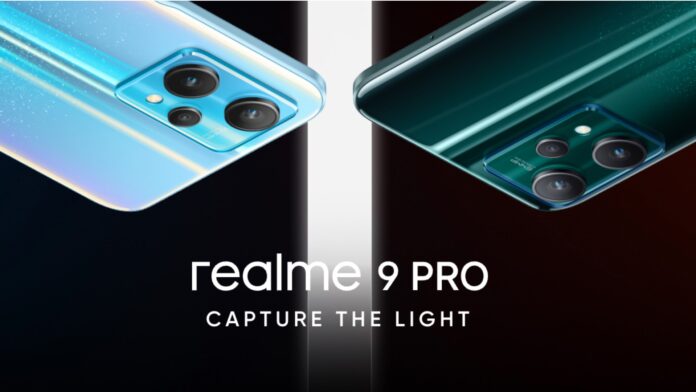 The new Realme 9 Pro e 9 Pro + they debuted in Italy and in the rest of the world and we are finally ready to find out all the details on technical specifications, price and availability in our country. No more chatter and let's get to know these mid-range details better from the back cover "sparkly". Furthermore, we would like to point out that the models have also been launched in India Realme 9 5G e 9 5G SE, together with the "small" Realme 9 4G: also in this case you will find all the details in our in-depth analysis.

Realme 9 Pro and 9 Pro +: here's everything you need to know about the new mid-ranges

The 9 family consists of various models - the company has launched the small 9i accompanied by Realme 9 Pro and 9 Pro +. In addition, the “standard” 9 5G and 9 5G SE models have also been released, for now only in India.

Starting with the older brothers, the new ones Realme 9 Pro e 9 Pro + are close to the lines of Realme GT2, sharing a very similar camera bumper. The proposed colors are three, namely Midnight Black, Aurora Green and Sunrise Blue. The latter is realized with a cover thermochromic, which changes color when exposed to ultra-violet rays.

The Pro model screen is a solution punch-hole with technology LCD, a panel from 6.6 "Full HD + with refresh rate increased to 120 Hz, also to contrast what Xiaomi did with the Redmi Note 10 series. All with a fingerprint reader positioned on the side.

With Realme 9 Pro + it takes a leap forward, switching to an AMOLED display from 6,43" Full HD + with refresh rate a 90 Hz. The larger model offers a dedicated health and fitness feature: the reader fingerprint under the display is also used for the detection of cardiac activity. In this way it is possible to keep track of the various parameters during the course of the day, without necessarily wearing a smartwatch or a band.

As for the hardware compartment of the alleged Realm 9 seems to be part of the next smartphone to be moved by Dimensity 810, 6 nm chipset with octa-core Cortex-A76 / A55 CPU at 2,4 GHz. There are rumors of two configurations, respectively from 4 / 64 GB e 6 / 128 GB.

Realme 9 Pro +instead, we have the MediaTek Dimensity 920 always with 6/8 GB of RAM and 128/256 GB of internal memory. For both models there will be the usual and omnipresent Dynamic RAM Expansion.

As for the older brother Realme 9 Pro + instead we have a triple room from 50 + 8 + 2 MP, with a Sony main sensor IMX766, a solution seen on board many 2021 top ranges and which continues to be a top choice. There is no shortage of wide-angle and a macro module, such as the Pro model; however the Pro + gains stabilization OIS. For both, however, the selfie camera is the same from 16 MP. Find below various sample photos, in comparison with some of the main flagships of the moment.

We conclude with the details relating to Realme 9 5G: the small of the range will have - according to the various certifications and rumors - a triple camera from 48 + 2 + 2 MP, presumably with macro and depth of field. Frontally, inside the punch hole, there will be a sensor from 16 MP.

A few weeks after the debut of the Pro models, here is also peeping Realme 9 5G e Realme 9 5G SE, launched in India. These are two budget phones devoted to the new connectivity standard, with good specifications, especially in relation to some features and the selling price. Let's see the two terminals in detail.

Turning to the greater of the two, Realme 9 5G SE (Speed ​​Edition) features a once again different design and slightly higher specs. We have a display LCD da 6.6 "Full HD + in the well 144 Hz (with adaptive frequency), but we find a 16 MP selfie camera, inserted in the punch hole. The camera also remains the same with a 48 + 2 + 2 MP module. The battery is once again 5.000 mAh but charging goes up, now at 30W. The chipset also changes: we move on to the Snapdragon 778G, accompanied by 6/8 GB of RAM and 128 GB of storage (expandable with microSD). The body measures 164.4 x 75.8 x 8.5 mm, for a weight of 199 grams; we also find the lateral fingerprint reader. The rest of the features coincide with what was seen with the younger brother.

Among many 5G models, here is also a device with only LTE connectivity but it seems to be not a problem. Realme 9 4G it asserts itself thanks to a whole series of features: frontally we find a display Super AMOLED da 6.5 "Full HD + with refresh rate a 90 Hz, 360 Hz touch sampling and a punch hole containing the selfie camera (16 MP). Everything is protected by a Corning Gorilla Glass 5, while the back cover is available in 3 colors (including a brand new Gold). The screen also contains the ID sensor, which is able to detect the frequency heart.

A big news is represented by the triple camera, which houses the sensor Samsung ISOCELL HM6, new solution from 108 MP with NonaPixel Plus technology. In addition to this novelty, there is a wide angle 8 MP with 120 ° FOV and one lens macro 2 MP (4 cm).

Realme 9 4G was launched in India during April 2022: read on to find out the details on the price!

If you don't see the boxes below, try disabling AdBlock.