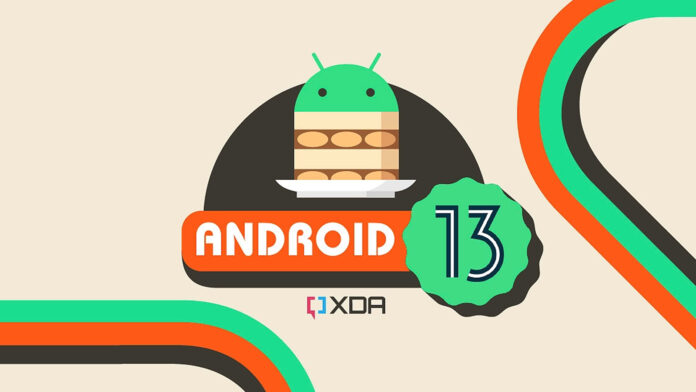 In less than a month the Google I / O 2022 will be held, but we can already get acquainted with the new one Android 13 Beta 1. In advance of the May developer conference, Google's smartphone operating system is starting to show up in its thirteenth edition. And it does so with a Beta program for a few, but which allows us to have a taste of what will be the innovations that we will see introduced. It is still early to talk about it concretely, since we are still in phase 1, but the first Beta of Android 13 already contains quite interesting changes.

After the release of the Developer Preview in recent months, the release of Android 13 Beta 1 makes the news that we will see with the stable release more concrete. For example, privacy management, increasingly a key element in the development of an operating system that runs on a delicate device (in terms of quantity and type of files managed) such as a smartphone. With Android 13 Beta we see introduced a new permission management, more granular than in the past. Have you ever wondered why an app like a music player should have access to the entire media storage of the phone? Precisely for this reason, Google has introduced three new permissions related to pictures and photos, video e audio tracks. In this way, the app will be able to ask for permissions related to the type of files it has to process instead of all of them.

There are also important news for the home automation. Inside Android 13 Beta 1 there is a new toggle to allow the use of home automation controls without having to unlock the phone. Very useful if you usually check them frequently, especially smart objects like lights and switches.

The juiciest news of Android 13 Beta 1 for the moment ends here, even if there are further changes. Previously replaced in the Developer Preview phase by the Priority Mode, here the classic Do Not Disturb mode returns.

Then there is the multimedia player in the Quick Settings screen, whose play bar has a new wave animation for the song being played.

While the official unveiling of Android 13 is scheduled for Google I / O 2022, its stable release is slated for fall 2022 as usual, likely to coincide with the launch of future Google Pixel 7s.

READ MORE:
Xiaomi and Android 13: here are which models will update

Michele Perrone
Passionate about the technological universe, with a particular inclination for market dynamics and how these are reflected on the socio / political landscape. Technology aside, I'm passionate about the LEGO world, which is the destination of a large part of my salaries.

OnePlus launches into the world of monitors: the models are coming ...

Sony launches Mocopi, the kit of sensors that replicate your...