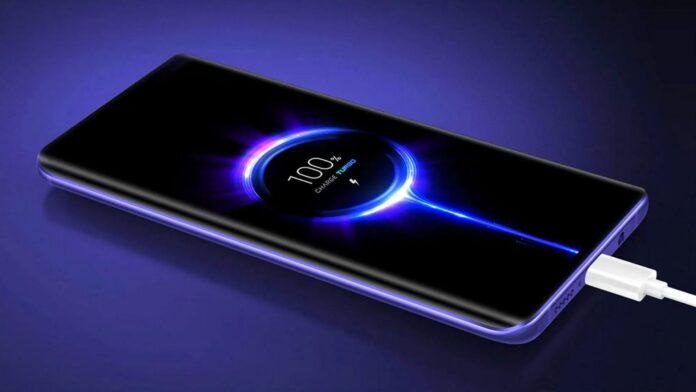 During the presentation held at MWC 2022 of Barcelona, OPPO stunned everyone with the 150W and even 240W Super VOOC. Getting to produce smartphones with the Super Fast Charge therefore seems to be confirmed as the target of Chinese producers for the current year. Will Lei Jun's company adjust to the market or is it already looking beyond? The answer could come in the future Xiaomi MIX 5, protagonist of the umpteenth indiscretion.

It is not a mystery that Realme, with GT Neo 3, and OnePlus are trying to raise the bar and adjust to the new 2022 trend around Super Fast Charge. The well-known indiscretion hunter, DigitalChatStation, revealed that Xiaomi MIX 5 could be equipped with technology of quick charge from 150 W, as already assumed above. The leaker would therefore go to corroborate the rumor of the last few days, but adding yet another piece: the release of the future top of the range signed Xiaomi should take place in the second half of the year 2022.

The striking detail - but which leaves a lot of room for interpretation - is that it also hints at a speed of "beyond" i 150 W, and that “the rated power could be higher”. As we know, OPPO e Xiaomi they would already be at work to create devices that can support ultra fast charging from 200 W.

However it is very risky to think that Xiaomi MIX 5 can come out with such powerful support, while the hypothesis of 150 W for the moment it seems a realistic goal. The series MIX has always been known for being the top in technological innovations, and based on the news revealed previously, what we know so far about this smartphone is that, in addition to the ceramic body, a historical and distinctive element of the family, it could receive the new proprietary chipset Surge C2, as well as being equipped with a display quad curved and selfie camera under the display like the predecessor, MIX 4.

We just have to wait until the second half of the current year to find out what Xiaomi's plans will be for the MIX family!

OPPO A78 5G official in Italy with a Glow style, display ...