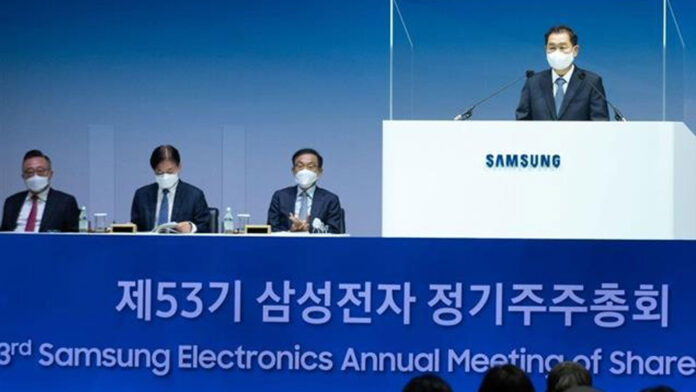 When you are talking about Samsung, it is necessary to distinguish between the main division and that Electronics / Foundry. The first is the one that deals with making the consumer devices that we all know: smartphones, tablets, PCs, appliances and so on. The second, less known to most, is just as important if not fundamental. On the one hand there is Samsung Electronics, which produces LCD and OLED screens, RAM and ROM memories and cameras: all components that find space on Samsung phones and those of the competition. On the other hand there is Samsung Foundry, which plays a mirror role but on the chipmaker side: it is the factories that print not only the chips Exynos, but also those of Qualcomm.

As I have explained to you in this article, are the fab chipmakers who physically print the chips of fabless chipmakers like Qualcomm and MediaTek. If the second is sourced almost exclusively from TSMC, Qualcomm usually delays its production between TSMC e Samsung. But if you look at the models Snapdragon high-end, Qualcomm has been relying almost exclusively on the Korean company for years. Not so much by choice, but because TSMC's high-end production is almost entirely booked by its main customer: Apple.

Here, then, that from the Snapdragon 820 of 2016 Qualcomm's flagship SoCs come out of the factories of Samsung Foundry. The only exception is the Snapdragon 855 and 865 generation, printed by TSMC. From 2021 Qualcomm has returned to Samsung's factories, but its own production process at 5 nm it did not live up to expectations. Snapdragon 888 and 888+ are often criticized, not so much for the performance which is very high as for the energy efficiency.

The hope was that with the transition from 5 to 4 nm Samsung was able to compensate for these problems, but it did not. The Snapdragon 8 Gen1 gave problems temperatures and thermal throttling, meanwhile MediaTek gloats with its Dimensity 9000. The situation is not the most positive for the Korean company, recently criticized also for the case Game Optimization Service. An event for which the management publicly apologized during the last annual shareholders' meeting on March 16. JH Han, CEO of the Samsung Device Experience division, also spoke about the situation around the production of Samsung Foundry.

The current state, Snapdragon 4 Gen 8 1nm printing yields 35%; in short, only 3 out of 10 printed chips are usable. As such, Samsung claims it is working to improve the yield rates of the most advanced processes, i.e. those at 5nm or smaller. In the meantime, however, it seems that Qualcomm is organizing to move its production again from Samsung to TSMC. Not to mention the problems of the last one Exynos 2200, as noted in our review of Samsung Galaxy S22 Ultra.