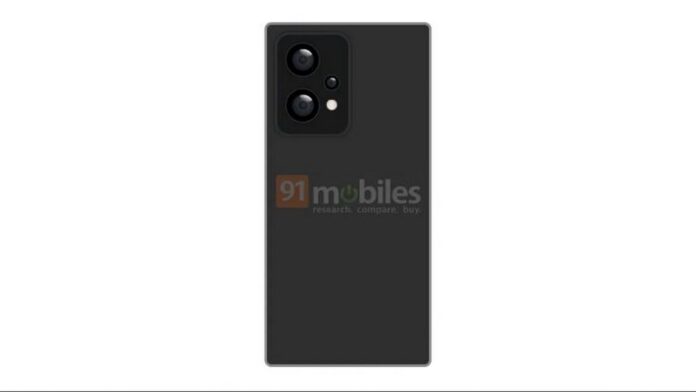 OnePlus has just debuted in the Italian market with North CE 2 5G, inheriting some technical specifications of the top model Nord 2, albeit with some differences in appearance. However, there is already talk of a Lite version: some time ago, some rumors had leaked some features of the device, and now unpublished renderings can be seen on the horizon. Let's find out what design the possible mid-range future could have OnePlus Nord CE 2 Lite.

According to the reconstructions of what imagined up to now about OnePlus Nord CE 2 Lite, the smartphone may be equipped with a plastic back cover with a glossy finish and metal edges. The photographic compartment in a rectangular bumper could house three sensors, two larger and one smaller, all supported by a flash LED.

On the right side frame we could find the power button with the integrated fingerprint reader, while the left side would house the volume rocker and a slot SIMs.. On the bottom of the smartphone, the space would be occupied by a door USB Type-C, the audio speaker and the headphone jack input from 3.5 mm. The absence of theAlert slider, as for OnePlus Nord CE 2.

In addition to what has been seen, as previously reported, OnePlus Nord CE 2 Lite it may also feature a display Full HD da 6.59" with a refresh rate higher than 60 Hz, however, it is not known whether LCD o AMOLED. The SoC is speculated to be one Snapdragon 695 with connection holder 5G flanked by a battery from 5000 mAh with quick charge from 33 W; finally, we might find Android 12 as an operating system.

The rumors also hint at a main photographic sector characterized by a triple sensor, one of which OmniVision da 64 MP, a macro from 2 MP and a telephoto lens from 2 MP. On the front, the selfie camera could be a Sony IMX471 da 16 MP. Price could go around €238 at the current exchange rate (20000 rupees). For now we do not yet know the release period of OnePlus Nord CE 2 Lite, therefore we just have to wait for more information and in the meantime treat the information reported so far with caution, having not yet received official confirmations from the Chinese brand.