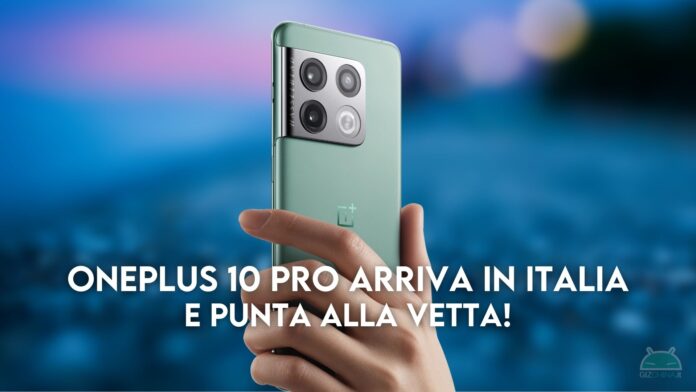 We have talked about it a lot since its debut at home and now it is quite impressive to finally see the new in our latitudes OnePlus 10 Pro: the top of the range of the Chinese house was made to wait but now it has officially landed also in Italy and in Europe! Let's get to know him better, find out what he reserves compared to his predecessor… and rattle off the reasons so we like it so much! 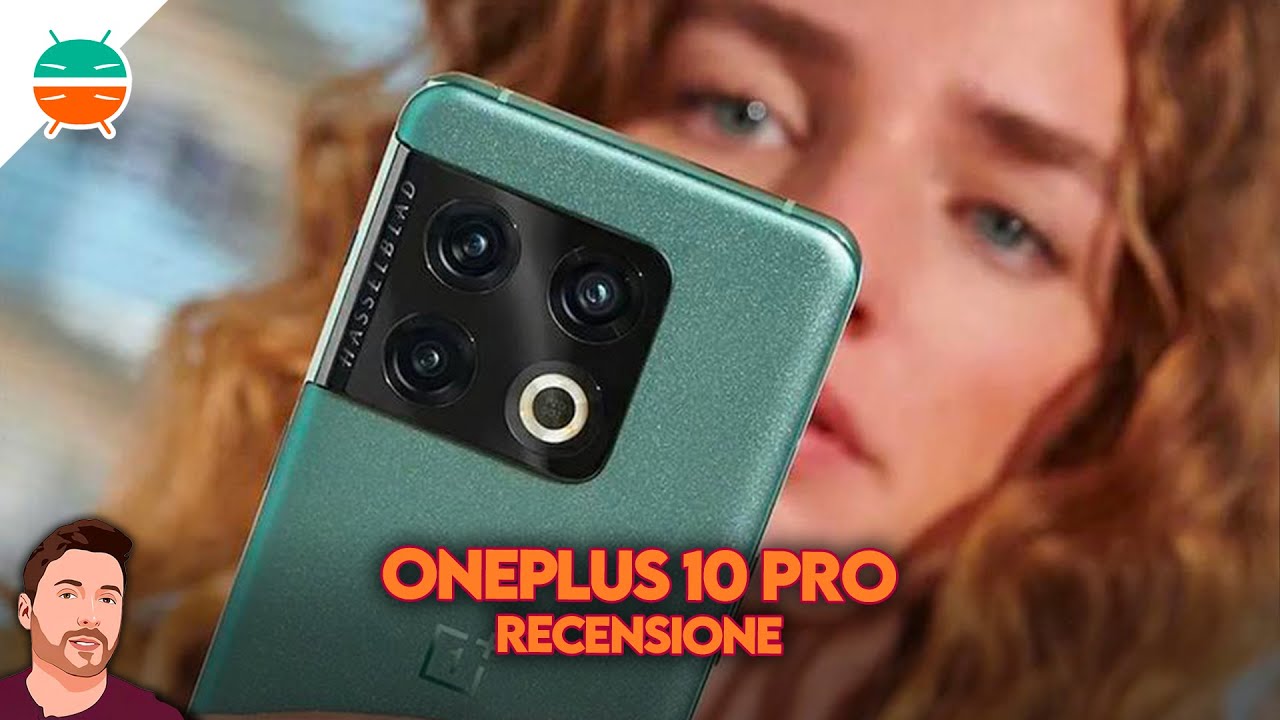 Recall that the new top of the range initially debuted only in China, and then also arrived on the Global market. At the moment it only exists OnePlus 10 Pro and a “standard” version has not yet been announced: apparently Pete Lau's company has decided to focus on a single top model, with zero compromises and a renewed style compared to the previous generation.

Speaking of style, the brand new look it is certainly one of the reasons why we like OnePlus 10 Pro. Tastes are tastes and this particular design of the photographic sector can like it or not; however it is undeniable that it exudes style and elegance, also thanks to the colors Volcanic Black ed Emerald Green. The top of the range totally changes with respect to the model 9 Pro, adopting a module with a squared and raised layout compared to the rest of the back cover. A style that distorts things and certainly does not leave you indifferent. At this point the question is legitimate: what do you think? Do you like the new look of OnePlus flagship series?

An elegant design cannot fail to go hand in hand with a respectable display. OnePlus 10 Pro does not miss anything and we have a panel on the front AMOLED Samsung E5 with technology LTPO 2.0: this translates into an even more performing dynamic refresh rate, able to pass from 1 Hz to 120 Hz in a flash, as needed. The display shows i BORDI curvi and is only interrupted by a small punch hole located in the upper left corner. Speaking of size, this is a 6.7" with resolution QHD + (3216 x 1440 pixels) and super-optimized edges: the screen-to-body ratio is just 92.7%. Obviously, the Always-On Display and Gorilla Glass Victus (for maximum protection) are not missing.

The eye wants its part, both in terms of style and the use of multimedia content… but we also like it force gross! Do not worry because OnePlus 10 Pro has it to sell: the top of the range adopts the latest Snapdragon 8 Gen1, the chipset of the flagships of the moment. Here too it seems to hear a question in the background: but the SoC heats up? As for the Global version you will have the answer with the review (coming soon) but we point out that already with the Chinese version we have had a generally positive impact, with temperatures that are not prohibitive at all. As for the rest of the package we have RAM L, UFS 3.1 of storage, support Dual SIM 5G, Wi-Fi 6E, NFC and stereo speaker.

… Without neglecting the battery!

A lot of power in terms of performance, but with an eye also to autonomy: the battery of the newcomer rises compared to the predecessor and reaches 5.000 mAh. It also improves wired fast charging, which squirts a 80W (from 65W of OP9 Pro). For lovers of recharge wireless, even this round does not miss the appeal: once again it is a solution from 50W. Speaking of autonomy, the improvements in terms of battery capacity are felt but the final verdict will come with the review of the Global model.

The photographic sector of OnePlus 10 Pro does not represent a real upheaval compared to the previous flagship, but still offers some noteworthy news. First we find a main sensor Sony IMX789 da 48 MP, with stabilization OIS and once again there is a telephoto 8MP with 3.3X zoom, OIS and aperture f/2.4. Winning team does not change, but is enriched with the ultra-wide sensor Samsung JN1 (S5KJN1SQ03), 50MP module with FOV 150 ° (As Realme GT2 Pro). This results in a wide angle with a wider than average depth of field, able to create striking shots thanks to some goodies (such as the Fisheye mode). Obviously, the new top of OnePlus sees once again the presence of Hasselblad, with new enhancements for color optimization (at 10-bit effective), for always natural shots.

Does the new OnePlus 10 Pro intrigue you and want even more details? So there you are our dedicated in-depth analysis with all the details on the newcomer! Below you will find the purchase links: if the Amazon boxes below are not displayed correctly, try disabling AdBlock.

If you want to know more, take a look at ours too review of the flagship: this is the analysis of the Chinese version, but do not worry because the Global model will be in the spotlight in the coming days, with an ad hoc review!