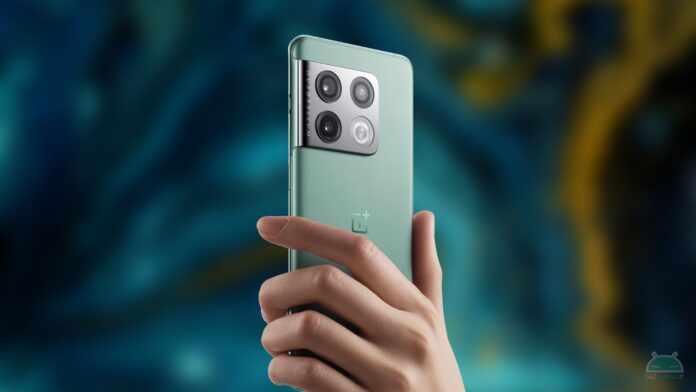 The new OnePlus 10 Pro is about to come in version Overseas hubs: the debut has been in the air for some time, with rumors about exclusive features and rumors about the launch during the month of March. Now an insider reveals what the presentation date should be, "confirming" the debut soon.

Update 18/03: we return to talk about the launch of the OP10 Pro in the Global version, this time with the start of the first official teasers. The launch gets closer! Find all the news directly at the end of the article.

OnePlus 10 Pro Global: we have a possible date

The insider Yogesh brar, known for his tech indiscretions and already the protagonist of multiple leaks, reveals what could be the presentation date of OnePlus 10 Pro Global. According to the leaker, the launch would be scheduled for 22 or 24 March, obviously thinking of the Indian market. However, it is impossible to think of an international debut within different time windows, so it is likely that we will see the launch for Europe as well. Furthermore, the insider claims that OnePlus will soon begin to publish the first teasers to anticipate the debut of the top of the range.

The indiscretion of brar ends with a note: according to the insider the sale price seems "good". He does not refer to precise figures, merely showing confidence for one price affordable. Previous rumors refer to about 713 € at the exchange rate (around 60.000 rupees). Of course, we are talking about India, so it remains to be seen whether the figures proposed in Europe will be equally valid.

After the initial advances regarding the debut of OnePlus 10 Pro in version Overseas hubs news arrives thanks to the first official teasers. Nothing is revealed regarding the presentation date, but the fact that the Chinese house has kicked off the promotional campaign is in line with the rumors of the past few weeks. In short, good news could arrive soon and the possibility of seeing the top of the range is becoming more and more tangible end March.

In addition, the company also kicked off the event The Lab dedicated to OnePlus 10 Pro (find the details in the official forum). This allows you to receive a preview of the device, so that you can try and review it; The Lab dates go from March 17th to April 1st, ergo the presentation could take place in this period.

While waiting for the Global debut of OnePlus 10 Pro, we remind you that the top of the range was also the protagonist of our review, in which we reveal all the secrets.