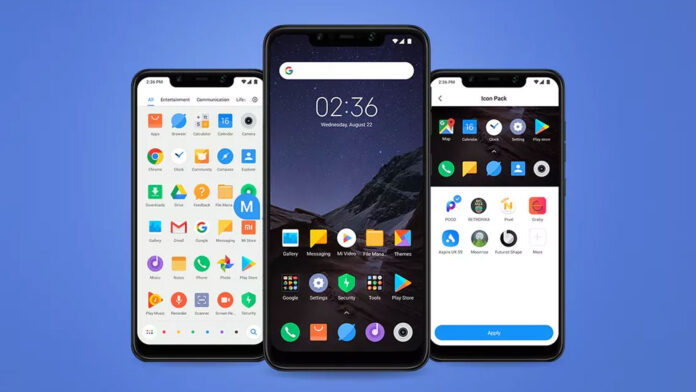 Since their birth, Xiaomi has had a relationship that we could define conflictual with its sub-brands, Redmi and POCO. As much as the parent company tries to give it an individual identity, it is clear to everyone that there is a certain interdependence. Let's think about the fact, for example, that it is the “minor” Redmi brand that drives Xiaomi's world sales. Just look at the top 10 of the best-selling smartphones of 2021, where it is not Xiaomi who appears but Redmi. Regarding POCO, is a brand born with the idea of ​​taking up the concept of “flagship killer”, especially in India and Europe.

It all started with Pocophone F1, smartphone that managed to acquire great popularity thanks to its quality / price ratio. But not only that: one of its peculiarities was the introduction of the MIUI for POCO, an alternative version of Xiaomi's proprietary interface. Driving it was the POCO Launcher, which in poco tempo has become one of the most popular alternative launchers around. In short, POCO has always tried to stand out also on the software side, while accusing the limits of dependence on Xiaomi.

Xiaomi e POCO conflicting software side: what future for MIUI?

Kevin Qiu and Angus Kai Ho Ng, executives of POCO Global interviewed by XDA at the MWC 2021 in Barcelona. In those days we saw the launch of POCO X4Pro 5G e M4 Pro 5G, two smartphones that renew the mid-range range of its catalog. But during the interview we also and above all talked about software, in particular on long-term support of his smartphones. Ever since Samsung has shown that they want to support phones for many years, Android users also want competitors to adapt.

In this regard, POCO he said he was evaluating this, but adding di have your hands tied because it must be Xiaomi in the first place to extend software support. It is the MIUI team that churns out the ROMs for Xiaomi, Redmi and smartphones POCO, therefore, sub-brands cannot do much other than adhere to the policies of the parent company. POCO however, it does not rule out extending software support: if this happens, the X and F series models would benefit from it.

Still talking about software, POCO he even put forward the idea of ​​making one new lighter MIUI. As stated by Kevin Qiu, "a cleaner or simpler system is something we are considering for entry-level devices, to take off some weight on the processing side hardware". POCO Launcher was a first attempt in this sense, a launcher that took the hinges of MIUI and reworked them in a more "western" sauce. However, the project seems to have stalled for some years: there was talk of a possible POCO 3.0 Launcher, but although there were videos to testify its existence, it never arrived. Not to mention the phantom POCO UI: same management had anticipated it for the launch of POCO M3 Pro but it never came.

Something could move in the future of POCO, but given the previous ones it cannot be excluded that everything will remain as it is now, with the current MIUI 13 to be the master. A MIUI 13 which unfortunately is giving problems to those who have updated, between software bugs it's a ROM Global devoid of various news.