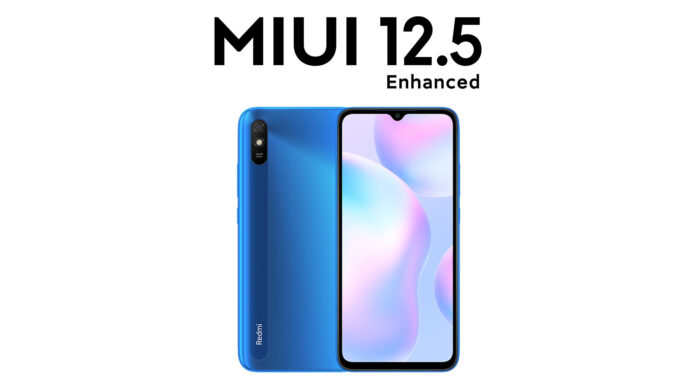 Even if the MIUI 13 is now official and is starting to make its way, Redmi 9A updating to the latest MIUI 12.5 Enhanced. The release of the optimized version of MIUI 12.5 initially made its way to the top of the range, and then spread to the mid-range and finally to the more typically low-cost one. And it is precisely in the latter that Redmi 9A falls, a smartphone that integrates an HD + screen and a MediaTek Helio G25 and that at its debut installed Android 10 and MIUI 12.

Upgrade 06 / 02: the release also starts in the West. Find all the details in the article.

The update to MIUI 12.5 Enhanced on Redmi 9A starts

Marketed elsewhere as Redmi 9AT, our own Redmi 9A is updating to V12.5.4.0.QCDCNXM, so we're talking about a release China of MIUI 12.5 Enhanced. Furthermore, it is a phase release Stable Beta, therefore intended only for beta testers.

It was December when the MIUI 12.5 Enhanced arrived on Redmi 9A in China, but now it's the turn of its version too Overseas hubs. The build is the V12.5.2.0.RCDMIXM, therefore it also includes the update to Android 11. But as then, again it's a Stable Beta release. If you really don't want to wait, you can manually download and install the update (at your own risk):