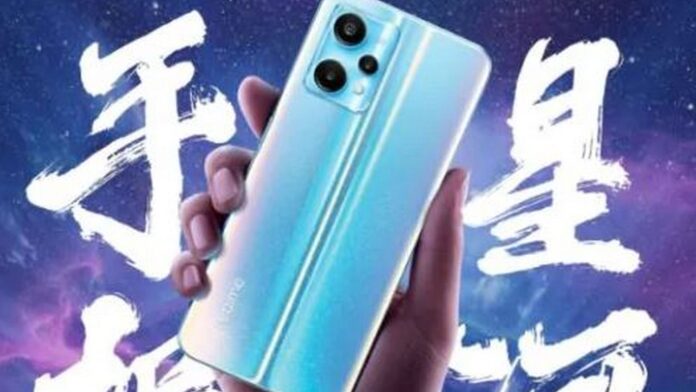 Less than a week left until the launch date of Realme V25 in the Chinese market, and the new mid-range of the company continues to be talked about. The specs of the outgoing smartphone have been spotted on Geekbench and in this regard, there are quite a lot of similarities with both another model of the house Realme, both with a mid-range we still know a lot about poco... but at home OnePlus!

Realme V25: the features revealed on Geekbench have a familiar air ...

As written above, it is missing poco al fateful March 3, release date of Realme V25 in China; the news leaked to date about the mid-range future of the Chinese company suggested a certain similarity in design with another home smartphone Realme, our 9 Pro. The aesthetics however aren't the only common feature: even the hardware specs - spotted on Geekbench - they would not differ much from each other. According to what was revealed by the website, in fact, the Realme V25 with model code RMX3475 would mount the octa-core processor Qualcomm Snapdragon 695, which they would be combined with 12 GB di RAM.

Other news revealed through Geekbench would be the presence of Android 12. Referring to previous rumors, these features are combined with a panel LCD FDH + da 6,6" with a refresh rate of 120 Hz, 256 GB of UFS 2.1 memory and a photographic compartment formed by three lenses from 64 + 2 + 2 MP, including a depth sensor and a macro. To this we would add a front camera from 16 MP and a battery from 5.000 mAh with fast charging support up to 33 W.

If these characteristics sound familiar to you, it is because another mid-range is hovering in the air with similar specifications: it is the OnePlus Nord 2 CE Lite, we still know a lot about poco. Is there going to be a double rebrand operation for our Realme 9 Pro, with V25 and Nord CE 2 Lite? We just have to wait for the launch date to find out more about the future medium range coming out in the Chinese market.

Apple: will there be a return of the Touch ID on the next iPhones?