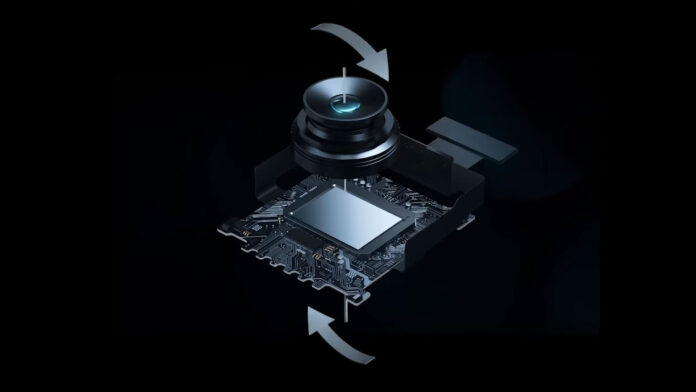 Since its inception, OPPO has aimed at the premium range of smartphones, and has also done so by aiming at the quality of the camera. To have a high-level photographic sector, there are several elements to be taken into consideration and one is that of optical stabilization. It was 2012 when the Lumia 2012 was presented at Nokia World 920, the first smartphone to bring an OIS system on a phone to the world. Since then, almost every top of the range in circulation has been equipped with such a system: in the case of OPPO, we had to wait until 2016 and the launch of More OPPO R9S. Since then, more and more phones have been equipped with them at OPPO, a company that is preparing to bring to the public a new OIS system.

Upgrade 21 / 02: OPPO confirms the debut of this novelty on Find X5 Pro. Find the video teaser and all the details at the end of the article.

The official news of the collaboration between OPPO and Hasselblad, underlining the intention to further enhance the camera. And you may remember that last summer theOPPO Future Imaging Technology 2021, an event in which the company showed which technologies it was working on. There was talk of new RGBW sensors, continuous optical zooms, cameras under the display and also of this new mechanism OIS to 5 axes.

If you are a fan of DSLR cameras, 5-axis stabilization is probably a concept you already know. This type of stabilization has existed on professional cameras for years, thanks to the increased space available that manufacturers can take advantage of to implement it. On the contrary, so far almost all smartphones have been limited to a 2-axis OIS stabilization. Sure, there are "white flies" like the latest Apple flagships and stabilization directly on the sensor, or those vivo and iQOO with the peculiar Gimbal system. But aside from these examples, all others have stabilization limited to just 2 axes, with the lens in front of the sensor moving horizontally and vertically. This movement allows you to compensate for the displacement of the smartphone, but not always in a completely effective way.

The system designed by OPPO is instead a real 5-axis optical stabilization, as compensation occurs on 5 different levels. First of all, the spring it can be moved horizontally and vertically; in secundis, the sensor it can move both horizontally and vertically and rotate obliquely. According to data from OPPO, this system is able to improve the vibration compensation by 65% ​​and the chances that night photos will be sharp by 70%. Furthermore, this OIS system consumes poco, offers better quality even at image corners, where detail loss can occur as it stabilizes, and is both compact and compatible with large sensors.

We knew that the first OPPO smartphone with 5-axis OIS would debut in Q1 2022 and now we know that this smartphone will be OPPO FIND X5 PRO.

With an official video teaser, OPPO confirms the news and shows us a taste of how this 5-axis optical stabilization system works. To know everything about OPPO Find X5 Pro and its camera, I refer you in the dedicated article.