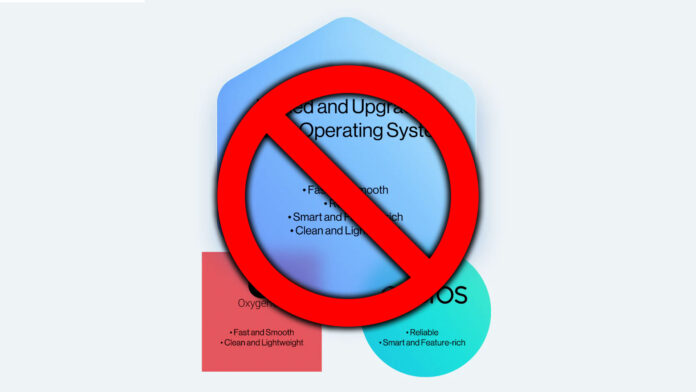 It was September 2021 when OnePlus e OPPO announced the merger, the consequences of which was also foreseen a union of OXYGEN e coloros. A union that took the (apparently provisional) name of Unified OS, an operating system that would take the good of the two UIs to merge them into one package. "Fluidity, cleanliness and lightness"From the OnePlus software and"reliability and richness of functionality”From that of OPPO, for a new interface whose debut was expected at the beginning of 2022.

However, in the past few weeks OnePlus has officially announced the OxygenOS 13, casting doubts on the progress of this elusive Unified OS. According to the first announcements, the unified operating system was scheduled for early 2022, i.e. the launch of the first flagship which materialized with OnePlus 10 Pro. Smartphone that arrived on the Chinese shelves with the ColorOS 12 and therefore expected in Europe with the OxygenOS 12. Among other things, the European debut is officially set for the next few weeks, therefore, there is absolutely no time for such a change.

Recall that a first merger between the software code of OPPO and OnePlus has already taken place in 2021, with a Nord 2 which already had traces of ColorOS. And we have also seen this with the later OxygenOS 12 and ColorOS 12, two interfaces they have many elements in common. In this sense, OnePlus has confirmed that OxygenOS and ColorOS will continue to be developed on the same code base, so "allow faster updates and better quality", though there is still room for improvement.

However, OnePlus stated that "OxygenOS and ColorOS will remain independent brands“, Thus removing the implementation of the aforementioned unified operating system. A choice that was made on the basis of the feedback received, realizing that the communities prefer that the two UI remain distinct and separate realities. In this sense, OnePlus states that with OxygenOS 13 it will aim to offer its users an experience "light and clean, similar to stock Android and oriented to use globally". A UI that will maintain the hallmarks of OnePlus: speed and fluidity, lightweight design, easy to use and exclusive customization.

Official Huawei Watch Buds: inside the smartwatch there are headphones